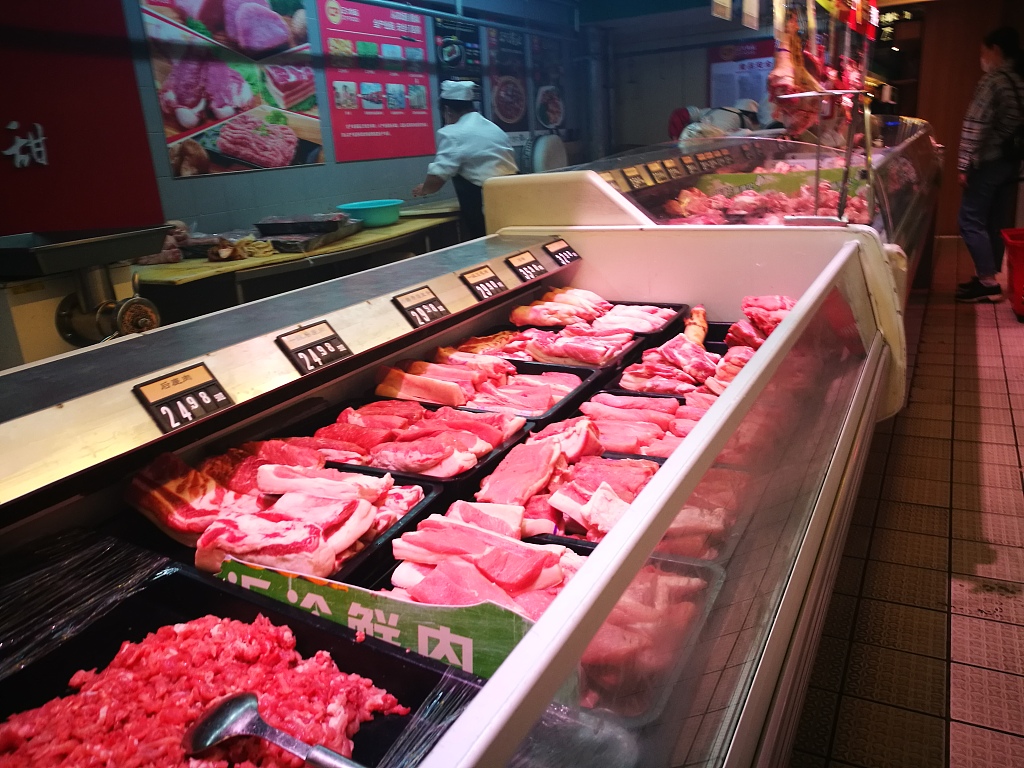 BEIJING, Nov. 26 (Xinhua) -- Soaring hog prices in China are gradually softening as production is expected to bottom out and government policy moves to encourage breeding.

The national hog price came in at 33.6 yuan (about 4.78 U.S. dollars) per kg on Nov. 20, down 8.25 percent from a week earlier, according to data from the National Development and Reform Commission.

At a press briefing last week, China's Ministry of Agriculture and Rural Affairs said hog production had basically bottomed out and begun to transition into a rebound.

The price retreat came as the country has rolled out multiple measures to stabilize hog production. On Nov. 7, the State Council urged efforts in an executive meeting to guarantee the supply of swine feed in major hog producing provinces and regulate the market to curb price hikes of certain products.

"Overall, the policy effects are showing up," said Yang Zhenhai, an official with the Ministry of Agriculture and Rural Affairs, adding hog production will further improve in the first half of 2020, but a significant rise in supply may not happen until the latter half of the year.