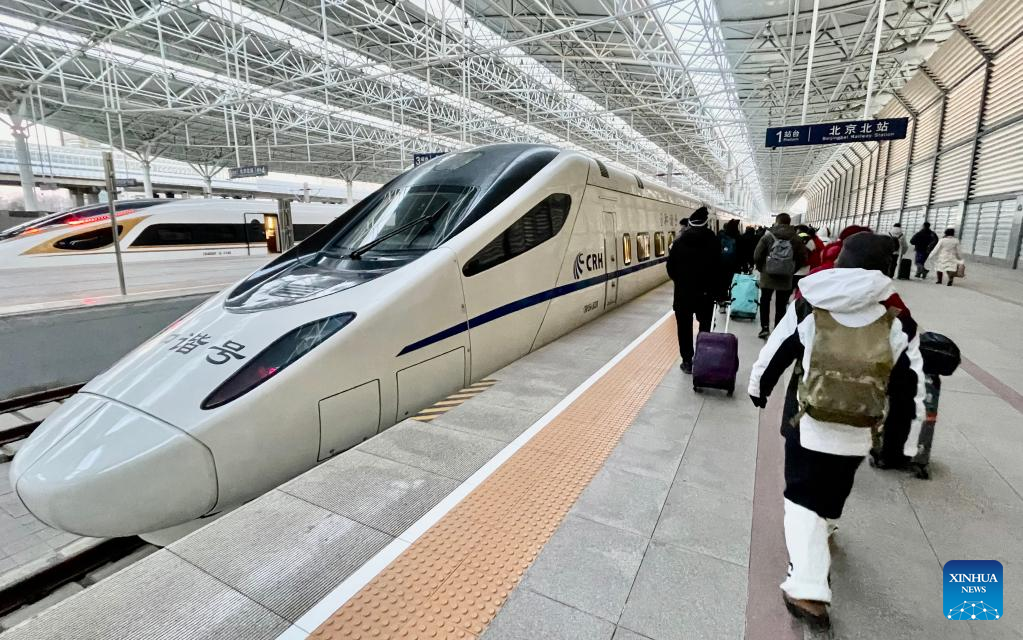 China’s Spring Festival travel rush this year lasts for around 40 days, from January 7 to February 15. The volume of national railroad passenger traffic rebounded sharply compared to the year before. In the 15 days before the Chinese New Year, from January 7 to 21, the total number of passengers handled was 109,543, 000, with an average of 7,300,000 passengers a day. That’s up 27.3 percent from the previous year.

Officials from the China Railway Group note the Spring Festival travel rush this year is the first after the optimization of China’s COVID-19 policies.