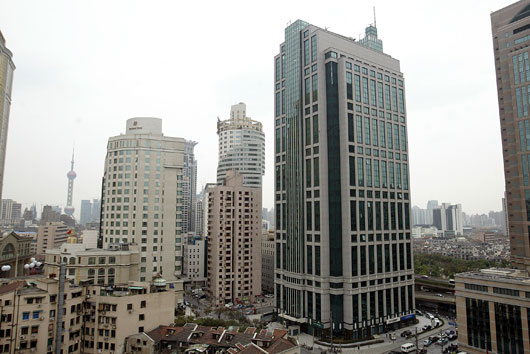 New house prices in four first-tier cities -- Beijing, Shanghai, Shenzhen and Guangzhou -- increased 0.3 percent month on month in May, down from the 0.6-percent increase in April, said the National Bureau of Statistics (NBS) in an online statement.

Prices of new houses climbed 0.8 percent in May from the previous month in 31 second-tier cities and 35 third-tier cities.

Meanwhile, prices of resold houses saw slower or flat growth compared with a month earlier in Chinese cities, showing some signs of cooling down.

Prices of resold houses in four first-tier cities inched up 0.1 percent month on month in May, down 0.3 percentage points from a month ago, while those in second-tier cities reported a monthly increase of 0.5 percent, narrowing from the 0.6-percent growth in April.

Resold houses prices edged up 0.6 percent month on month in third-tier cities, with the growth rate unchanged from the previous month.