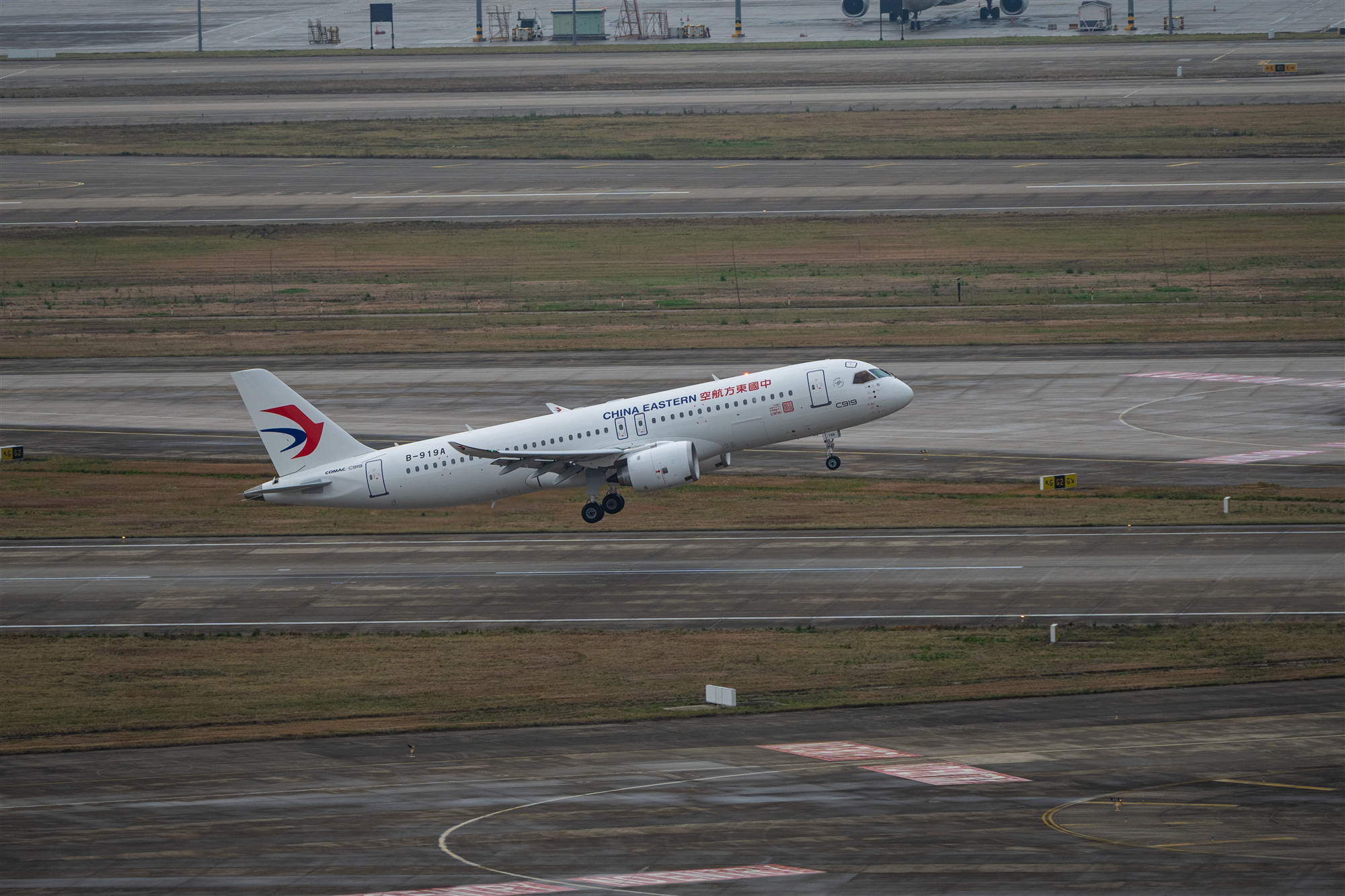 The world's first C919, China's self-developed large passenger aircraft, was delivered to China Eastern Airlines in Shanghai on Friday and took off for a 15-minute flight to mark the historic moment.

The plane has 164 seats and was painted with "the world's first C919" on its side in Chinese and English.

The first model of the narrow-body jet is expected to make its maiden commercial flight next spring, according to Xinhua News Agency.

After delivery, it will undergo more than 100 hours of empty aircraft verification test flights, with stops including Shanghai, Beijing, and Guangzhou, Xinhua said.