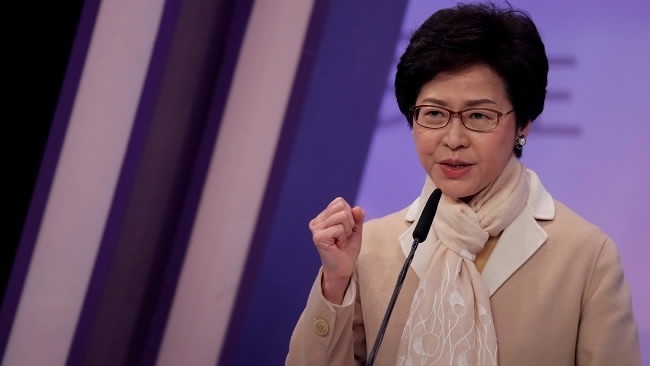 At a meeting with Myanmar's Union Minister for Investment and Foreign Economic Relations and Chairman of the Myanmar Investment Commission U Thaung Tun at the Chief Executive's Office on Thursday morning, Lam highlighted the Investment Promotion and Protection Agreement under negotiation, as well as the extension of a visa-free arrangement between the two places.

Hong Kong and the Association of Southeast Asian Nations (ASEAN), including Myanmar, lie along the Belt and Road, Lam said, adding that Myanmar enterprises may leverage Hong Kong's advantages as an international financial, transportation and trade center to explore the Belt and Road as well as global markets.

Hong Kong is actively assisting other regions in capacity building, and is very willing to share its experience in management and training of talent with Myanmar, she added.

The parts relating to Hong Kong and some ASEAN member states including Myanmar under the Hong Kong-ASEAN Free Trade Agreement have taken effect in June, and Hong Kong is actively negotiating an Investment Promotion and Protection Agreement with Myanmar, Lam said.

Highlighting the extension of the Tourist Visa Exemption Pilot Scheme of Myanmar, which grants visa-free access to HKSAR passport holders for one year until September next year, Lam said she believes that the relations between the two places will be further enhanced and more areas for cooperation between both sides will be explored.