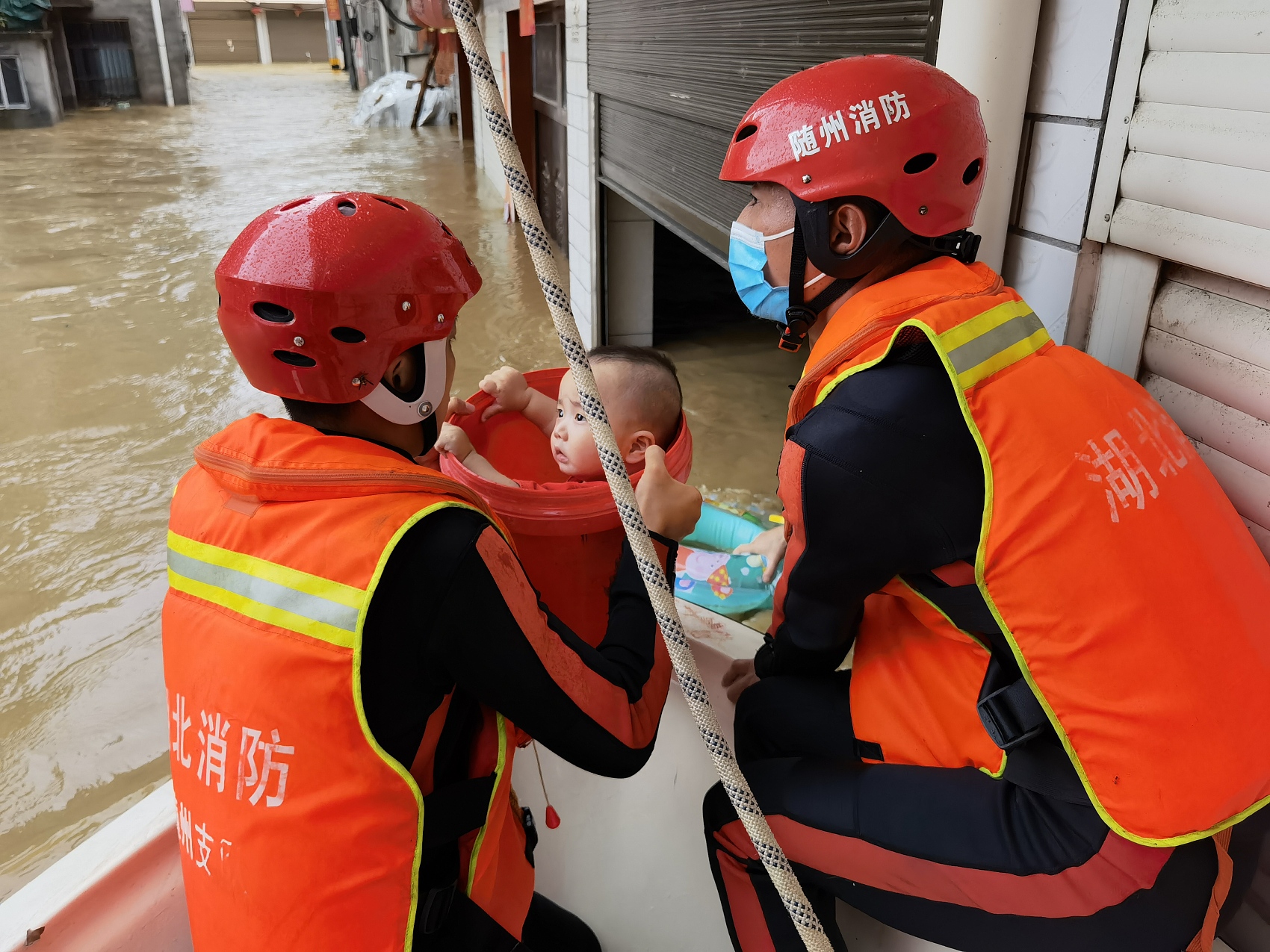 Heavy rainfall has hit most parts of the province since Aug. 8. As of 3:00 p.m. Thursday, 68 counties in Hubei had each seen rainfall measuring more than 100 mm, according to the provincial emergency management department.

From Wednesday to Thursday noon, heavy downpours affected 286,100 residents in the cities of Xiangyang, Suizhou and Xiaogan, with nearly 6,000 people relocated.

The provincial disaster reduction commission and emergency management department sent 2,000 pieces of relief materials such as tents and folding beds to Suizhou on Thursday.