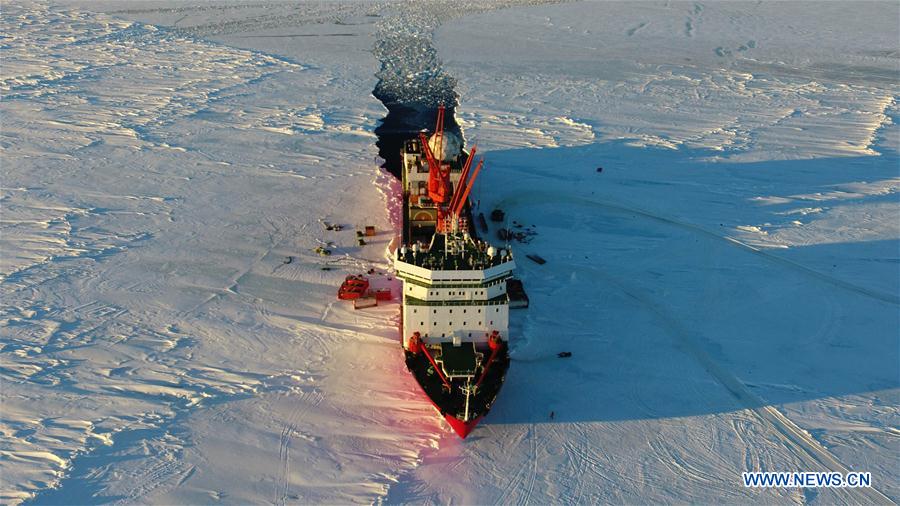 BEIJING, Oct. 14 (Xinhua) -- China's research icebreaker Xuelong, or Snow Dragon, has returned to Shanghai after a recent complete overhaul, ready for the country's upcoming 36th Antarctic expedition, according to the Ministry of Natural Resources Monday.

The vessel will set off on Oct. 22, together with Xuelong 2, China's first domestically built polar icebreaker.

The overhaul, started in May at Jiangnan Shipyard Group in Shanghai, is the third major maintenance of the vessel since 2007. There were nearly 400 repair works, mainly focusing on the hull, coating, turbines, electrical equipment, ship pipes, air cooling and outfitting systems.

After the extensive maintenance and select renovation work, Xuelong's hull structures have been strengthened and its research equipment has been further improved, the ministry said.

China bought Xuelong from Ukraine in 1993 and upgraded it into a polar research vessel. It can break ice as thick as 1.2 meters at a speed of 1.5 knots.

Since it first visited polar regions in 1994, the icebreaker has conducted 22 Antarctic expeditions and nine Arctic expeditions, developing Arctic shipping routes and setting a group of navigation records. It reached as far as 88.26 degrees north latitude and 77.35 degrees south latitude.

On July 11, China's first self-built polar icebreaker Xuelong 2 was delivered in Shanghai, which will boost China's polar research and expedition capabilities, according to the ministry.