CHINA China's imports in numbers: Categories of goods and services

China's imports in numbers: Categories of goods and services 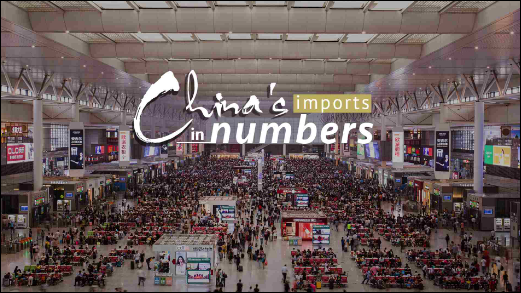 Over the past decade, imports of primary products like food and live animals, beverages and tobacco have maintained steep increases, while most of the other categories experienced declines in 2015 and 2016, before recovering from 2017.

Concerning China's service imports last year, tourism was the largest sector with a value of 254.8 billion US dollars, accounting for more than half of all the services imported and far exceeding other areas.

According to the China Tourism Academy, 130.5 million overseas visits were made by Chinese in 2017, a jump of 7 percent from the previous year. China remains the world's largest source of outbound tourism.

Following tourism, transport services and use of intellectual property took up 19.9 percent and 6.1 percent respectively.