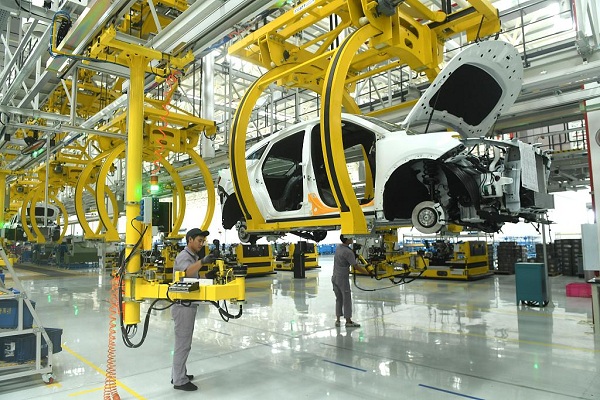 In September, the industrial output rose 5.8 percent year on year, up 1.4 percentage points from the growth rate in August, according to the NBS.

In a breakdown by ownership, the output of state-controlled enterprises went up 4.7 percent year on year in the first three quarters, while that of joint-stock companies went up 6.9 percent and that of foreign-funded enterprises and enterprises with investment from Hong Kong, Macao and Taiwan increased by 1.4 percent.

The production and supply of electricity, thermal power, gas and water reported a year-on-year increase of 7 percent in the first three quarters, the fastest among the three major sectors, which also include mining and manufacturing.