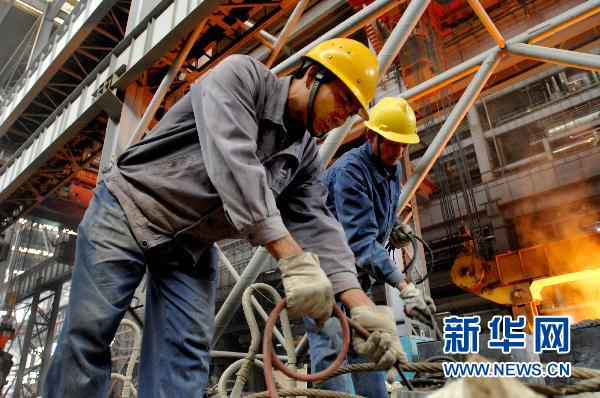 Profits of China's major industrial firms maintained steady growth but at a slower pace of 11.6 percent in the first quarter of 2018, data showed Friday.

The growth was smaller compared with a 16.1-percent increase registered for January-February period.

In March alone, combined profits at industrial companies each with annual revenue of more than 20 million yuan (about 3.2 million U.S. dollars) amounted to 589.75 billion yuan, up 3.1 percent from one year earlier, according to the National Bureau of Statistics (NBS).

NBS statistician He Ping attributed the slower profit growth in March to the lagging effect of the Spring Festival holiday and slower growth in prices of industrial products.

Among the 41 industries surveyed, 25 posted year-on-year profit growth during the first quarter.

He Ping said Friday's data revealed improving profitability at industrial enterprises, and the stable and sound growth momentum in the sector would remain unchanged.

By the end of March, total assets of the industrial firms reached 106.7 trillion yuan, up 7.1 percent from one year earlier, while their liabilities climbed 5.8 percent to 60.2 trillion yuan.