HOHHOT, June 17 (Xinhua)-- The Inner Mongolia Autonomous Region that lies at the forefront of China's fight against desertification has witnessed remarkable growth of green coverage, local authorities said on Thursday. 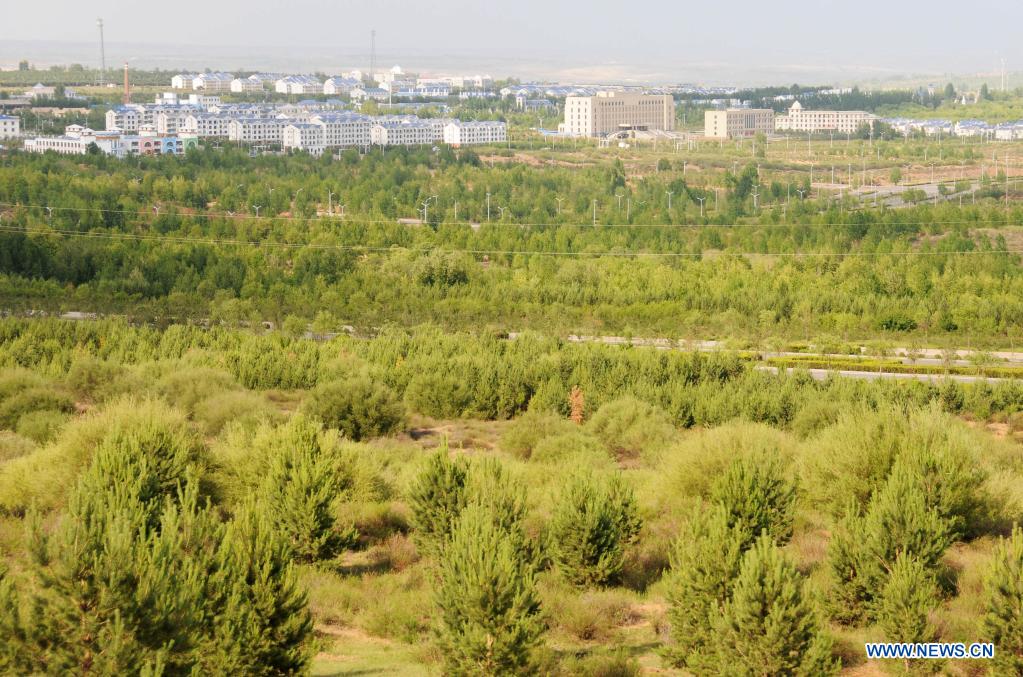 Thanks to its afforestation efforts, the region's forest coverage rate and the comprehensive vegetation coverage of grassland have reached 23 percent and 45 percent, respectively, the regional forestry and grassland bureau said.

In the past five years, Inner Mongolia has treated nearly 4.8 million hectares of desertified and sandy land, accounting for over 40 percent of the country's total treated area during the period.

Currently, the region has banned grazing on an area of nearly 27 million hectares, and set up 18 protected areas for desertified and sandy land, covering over 183,000 hectares.