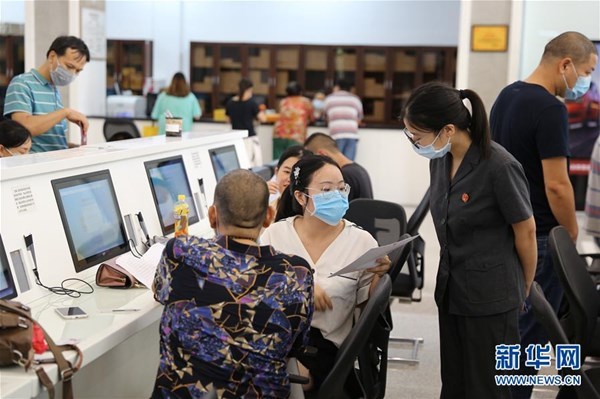 BEIJING - China's internet courts are making headway in improving the judicial system's ability to tackle internet-related cases, according to a symposium held by the Supreme People's Court on Wednesday.

The three internet courts in China have handled a series of rule-making and influential cases since their establishment. Official statistics showed that the internet courts had accepted over 222,000 cases and concluded 194,697 cases as of late August.

Internet courts have forged a new path by exploring the judicial working mechanism to provide online trials for cases relating to online crimes, according to the symposium.

The country's first internet court opened in the e-commerce hub of Hangzhou, Zhejiang Province, in August 2017, followed in 2018 by two others in Beijing and Guangzhou, Guangdong Province.