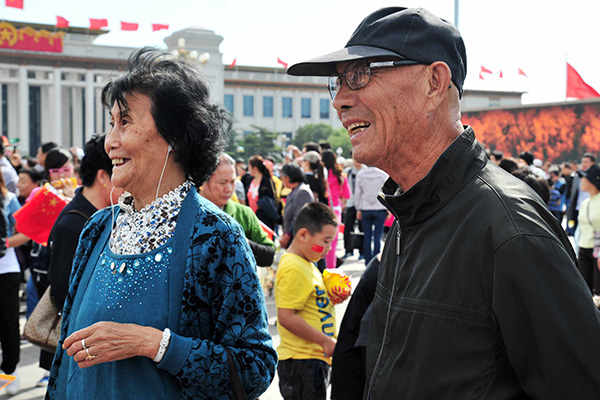 The national tourism market for the aged is booming, with more elderly people now traveling over three times a year, according to the Travel Behavior Report for the Aged which was released on Oct 7 by Ctrip, a leading online travel agency in China.

According to the report, about two-thirds of the respondents, all of whom are aged over 50, travel three to five times a year.

The elderly living in counties travelled nearly as frequent as their counterparts in major cities such as Shanghai, Beijing and Guangzhou. One-third of the elderly in counties chose self-driven, short-distance trips while one-third chose to travel to neighboring regions by bus. These elderly people from the counties take at least two vacations a year.

The report also showed that over 50 percent of the elderly inquired about reservations online by themselves, about 40 percent chose offline travel agencies or consultants, and only a small number needed help from their children. It was also found that more than 70 percent of them relied on recommendations by key opinion leaders on the internet.

Some of the factors elderly travelers are most concerned about regarding a trip are the comfort level of the hotel, the pace of the itinerary and the availability of Wi-Fi.