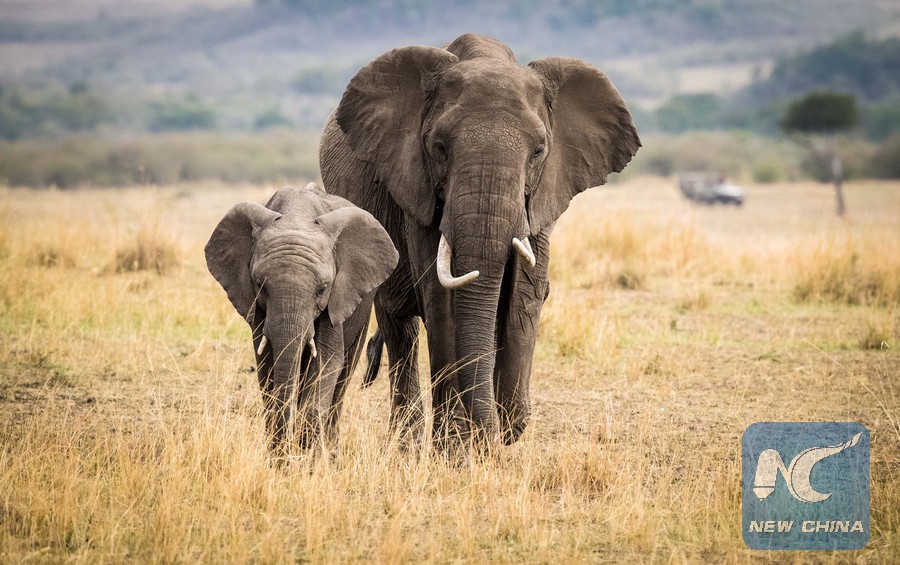 The government of Tanzania and conservation organizations on Wednesday hailed China's decision to end ivory trade, saying the move offered hope for the future of elephants in Africa.

Major General Gaudence Milanzi, Tanzania's Permanent Secretary in the Ministry of Natural Resources and Tourism, said "China as a country has been at the front line in fighting poaching."

Milanzi said China's efforts, including the ban on all trade in ivory and ivory products, have helped to bring down poaching levels in Tanzania, calling upon other countries across the world to follow suit.

Milanzi praised the government of China for the good move which proved to the international community that it was determined to end the business and protect the animal.

"These outcomes are very encouraging. We applaud the Chinese leadership in this," said January Makamba, Minister of State in the Vice-President's Office responsible for the Environment.

Makamba said China's decision was consistent with its leadership in climate change and other important global issues.

"We hope other countries which have been reluctant will follow suit. Concerted global effort on the demand side makes it easier for anti-poaching efforts on the supply side to succeed," said the minister in an email to Xinhua.

China has honored its commitment to ending commercial processing and sales of ivory by the end of 2017, China's State Forestry Administration has said, adding it was China's "new year gift to the elephant."

"The Chinese authorities will continue to clamp down on ivory collection as well as processing, sales, transportation and smuggling of elephant tusks," the administration said.

The move affects 34 processing enterprises and 143 designated trading venues, with all of them to close, in the world's once largest ivory market.

"China has long been one of the world's biggest markets for ivory. World Wildlife Fund (WWF) Tanzania is very delighted to see the doors of this market closed," Amani Ngusaru, the organization's country director for Tanzania said .

"We are particularly excited to see that the government of China has followed through on a great promise it made to the world, offering hope for the future of elephants in Africa," he said.

Ngusaru said it was important to realize that commercial ivory trade ban in China alone will not be sufficient deterrence for elephant poachers, adding that the same action should be taken by other nations where ivory trading is still practiced.

TRAFFIC, a wildlife trade monitoring network, said in a report in December 2017 that Japan remained one of the world's largest domestic ivory markets, and is home to an active, though shrinking, ivory manufacturing industry.

The report, compiled with the support of the World Wildlife Fund, said 2.42 tonnes of ivory, including elephant tusks, antiques and jewellery, were illegally exported from Japan between 2011 and 2016.

"The country also boasts significant stockpiles of raw tusks in private ownership, a cultural legacy from its past trade," said the report titled "Ivory Towers: An Assessment of Japan's Ivory trade and domestic market".

Co-author of the report Tomomi Kitade said earlier in a report that their findings show without doubt that Japan's largely unregulated domestic ivory market is contributing to illegal trade and it is imperative that Japan's role within international illegal ivory trade be recognized.

Attilio Tagalile, a Tanzanian veteran journalist now working with WWF Tanzania, said China's ban on ivory trade will considerably help in checking poaching, especially in Tanzania which lost 90 percent of its elephant population in the Selous game reserve, one of the largest faunal reserves of the world, located in the south of country, between 1982 and 2014.

"The ban on ivory trade in China means drastic fall of ivory prices which in turn translates into drastic fall in poaching that leads to continued existence of elephants not only in the Selous Game Reserve but in Tanzania, and in Africa in general," said Tagalile.

In January 2017, former Tanzanian President Benjamin Mkapa commended China for banning ivory trade and urged other countries across the world to follow suit.

"The banning of ivory trade in other countries like what China has done will lead to ending poaching in Tanzania," said Mkapa who ruled Tanzania between 1995 and 2005.

"It is better for other countries across the world to emulate what China has done in order to save the lives of elephants that are disappearing in various parts of the world," he said.

"China is not the only destination country for ivory trade, there is a number of other countries in Europe, America and the Far East, so our call is for the other destinations to ban the trade in their countries and that's where we can move on and succeed in our fight," he said.

UWA Executive Director Andrew Seguya told Xinhua that China's decision will go a long way in the conservation and protection of the African elephants.

"It gives us a lot of hope for elephants of Uganda, elephants of Africa and elephants of the world. So we congratulate the Chinese government for that decision," he said.