The Caixin services PMI, a gauge of China's services sector activity, stood at 52.0 in January, the lowest in nine months as the COVID-19 pandemic weighs on the recovery of the country's service sector. 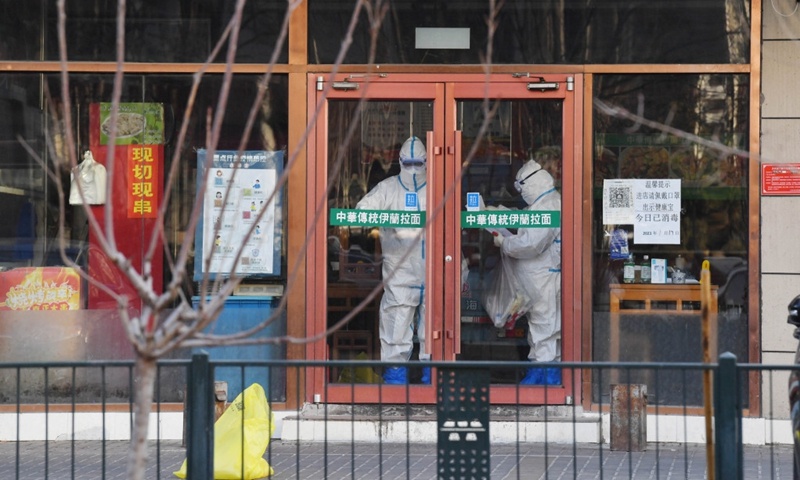 The reading is both lower than the market expectation of 55.5 and the 56.3 in December last year,while remaining above the 50-mark still indicating a marginal expansion.

Caixin's composite manufacturing and services PMI slipped to 52.2 in January, from 55.8 the previous month.

Both sides of service industry supply and demand continued to expand, albeit at a slower rate. In January 2021, the service industry business activity index, new order index, and new export index fell synchronously for the second consecutive month, and reached new lows in the past nine months, five months, and three months respectively, according to the Caixin survey.

The loss of momentum was also in line with the findings in an official survey released by the National Bureau of Statistics (NBS) on Sunday. The official non-manufacturing PMI slipped to 52.4 in January from 55.7 in December, data from the NBS showed.

The official January composite PMI, which includes both manufacturing and services activity, fell to 52.8 from December's 55.1.

The lower than expected figures come as Chinese authorities have imposed a series of lockdowns to curb the spread of the virus over the first quarter of the year, including measures to encourage celebrating the upcoming Spring Festival in their city of residence, as opposed to returning home.

The Chinese State Council, the country's cabinet, released a notice last week requiring that people in high-risk areas should spend their holiday in their current place of residence, so as to minimize the people's movement and prevent the spread of the virus, paving way for a wider range of stay-at-working place encouragement from rural areas to major cities.

Analysts have noted that the measures, though necessary in containing the coronavirus, will inevitably impact the country's service sector, particularly transport and travel, noting that its negative impact on consumption will likely further extend into subsequent economic quarters.

Nevertheless, amid the "new normal" of China's biggest festival, industry players have been observing a new wave of consumption including booming e-commerce sales, which may compensate the losses offline, industry players told the Global Times.