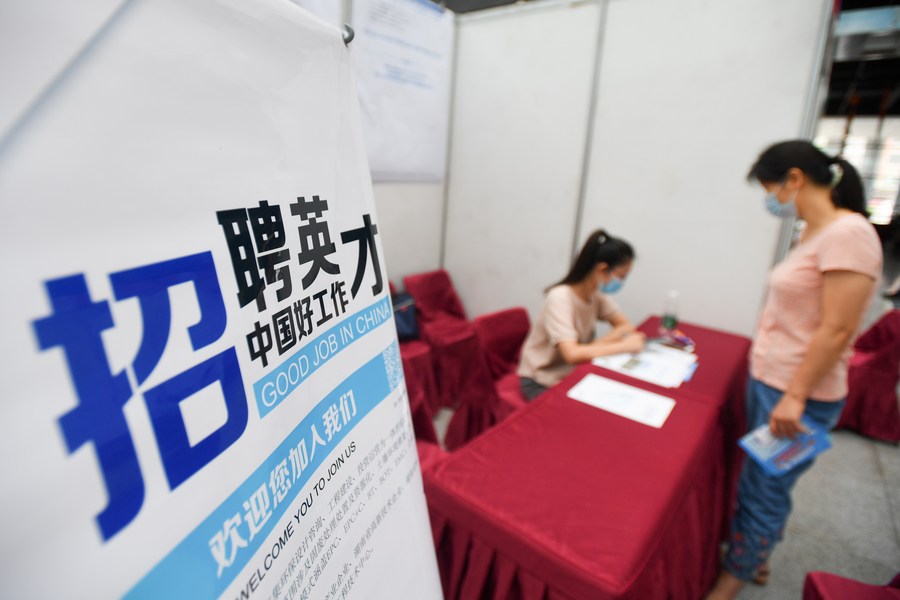 An employer talks with a job seeker at a job fair in Changsha, Central China's Hunan Province, June 20, 2020. (Photo: Xinhua)

A total of 8.22 million new urban jobs were created in the first seven months, achieving 74.7 percent of the annual target, according to the National Bureau of Statistics (NBS).

The surveyed unemployment rate in urban areas stood at 5.1 percent in July, up 0.1 percentage points from that registered in June.

The surveyed unemployment rate among those aged between 25 and 59, the majority of the labor market, came in at 4.2 percent in July.

Meanwhile, the surveyed unemployment rate in 31 major cities was 5.2 percent last month, unchanged from June, according to the NBS.