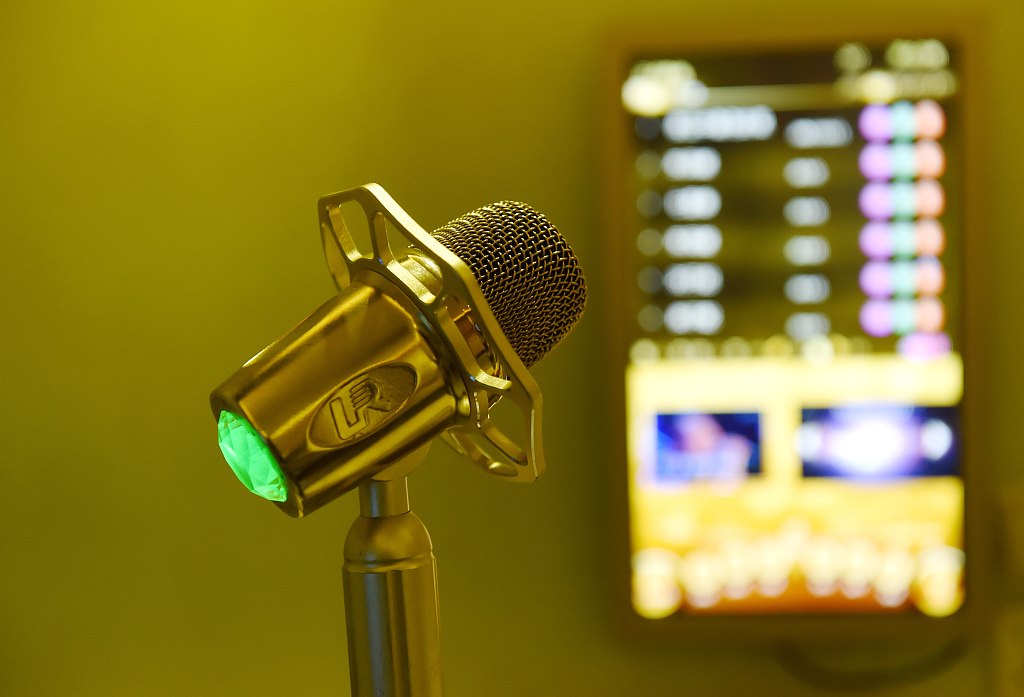 The number of karaoke operators in the eastern city of Nanchang dropped to 140 in 2018, down 40 percent year on year, according to Gong Yongkang, head of the Jiangxi Provincial Culture and Entertainment Association.

The southern metropolis of Guangzhou faces the same scenario. The latest government data shows the number of karaoke operators in the city was reduced to 500 in 2017 from 600 a year earlier, with annual sales revenue dropping to 680 million yuan (100 million U.S. dollars) in 2017 from 880 million yuan in 2015.

"The bottleneck that contains the growth of the karaoke business is the lack of an authorized music library," said Li Xiaoji, deputy head of the Guangzhou Municipal Culture and Entertainment Industry Association.

Karaoke, also known as KTV, was invented in Japan in the 1970s and introduced to China in the late 1980s. As a form of interactive entertainment that allows people to sing to recorded music, it is a popular form of entertainment and socializing.

Most KTV providers offer between 30,000 to 50,000 songs, which are embedded in the karaoke machines whose manufacturers get authorization from the China Audio-Video Copyright Association (CAVCA).

In late October last year, CAVCA ordered all KTV businesses to remove more than 6,000 songs to crack down on copyright infringements. They included many titles from popular Hong Kong and Taiwan artists. The move caused a stir among karaoke fans and operators.

"I paid more than 100,000 yuan copyright fees to the CAVCA every year and it suddenly asked us to remove so many songs, which greatly affected our business," said a Guangzhou KTV runner.

"As I do not know exactly the copyright ownership of the songs, I removed far more than 6,000 songs to avoid potential copyright lawsuits," he added.

Meanwhile, new business models are challenging the survival of the KTV industry.

Mobile Internet has transformed the industry as many young people rely on sing-along apps which enable them to enjoy singing anytime and anywhere.

"Compared with singing embarrassedly in front of friends in karaoke bars, I prefer singing on mobile apps, which satisfy both my singing and interaction demand," said Xiahou Jiaji, a woman from the city of Xinyu in Jiangxi Province.

Meanwhile, mini KTVs, located in a sound-proofed private space of less than 2 square meters, are a popular choice for the young. They are spreading to shopping centers and movie theaters across the country.

From logging on to making payment, everything can be done by scanning a QR code with a mobile phone. Singers can also record their performance and forward them to friends.

"The KTV business will not be replaced entirely but it has to be upgraded to meet the rising entertainment demand of consumers," Gong Yongkang said.

Li Xiaoji proposed the authorities establish a legitimate music library that can both protect the copyright and serve the interest of those who run KTVs.

Zhou Yaping, the CAVCA acting secretary general, said the association would promote the establishment of a legitimate music library and set up a just and efficient charging model using big data and mobile payment technologies.

KTV businesses are trying innovative to survive. Some are organizing parties and some are even combining KTV with hotpot, a popular communal way to cook and eat. As China is aging, a rising number of KTVs are eyeing the elderly who have both time and money.

Once the first choice of entertainment for the nation's youth, KTV bars are now becoming the favored hangout for China's elderly. A room for 10, with free coffee and water, costs less than 100 yuan during the day at a Milo KTV branch in downtown Beijing.