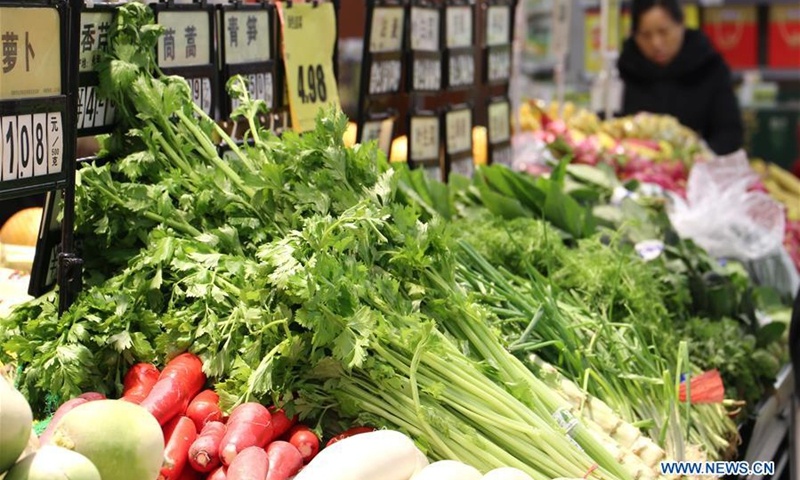 China's economy emerged from the shadows of the coronavirus and recovered strongly in the first two months of 2021, with key indicators showing growth rates of more than 30 percent, thanks to last year's low base and a steady acceleration of manufacturing that was buoyed by domestic and overseas demand.

Analysts said that the rosy January-February figures signal that China may record a GDP growth rate of 15-20 percent for the first three months, which would make its first-quarter expansion the highest among major global economies.

China's economy came to a standstill in the first quarter last year amid a strict lockdown to stifle the virus, but it quickly rebounded after the government led the whole country to launch an impressive fight against the epidemic and get it under control in 2020.

The economy grew 2.3 percent year-on-year last year. The country's 2021 GDP growth rate will likely slow down on a quarter-on-quarter basis, but Chinese analysts are confident that the country is on track to achieve its annual growth goal of more than 6 percent.

In the first two months of this year, industrial production rose 35.1 percent year-on-year, compared with a contraction of 13.5 percent during the same period last year, data released by the National Bureau of Statistics (NBS) showed on Monday.

"The stunning economic indicators reflect China's fundamentals for sustained, sound growth in the post-virus era, on both the production and demand sides. It is fair to say that the country's economy has returned to normal," Liu Xuezhi, a senior macroeconomics expert at the Bank of Communications, told the Global Times.

In addition to a low base effect, analysts said that China's "stay-in-place" policies, which allowed for a lesser impact on production during this year's Spring Festival holidays, contributed to the growth. In previous years, factories would suspend production for more than 15 days during the holidays.

Liu Aihua, a spokesperson for the NBS, said at a press briefing of the State Council Information Office on Monday that China is well-positioned to record a year-on-year GDP gain in the first quarter, perhaps even a drastic rebound.

"It is estimated that China's first-quarter GDP could grow about 17 percent," Hu said. In the first quarter of 2020, China's GDP contracted by 6.8 percent.

Denis Depoux, Roland Berger global managing director, told the Global Times in a written interview on Monday that China's economic rebound will be a strong engine for the world, because "Chinese supply chains remain in a very strong position to produce goods for the rest of the world."

Analysts noted that in 2021, China's economy will proceed at a manner that features high growth in the first three months, but gradually decelerates from the second quarter on.

"Major Western countries could be going in the opposite direction, as their economies began to be hammered by the coronavirus in the second quarter last year," Liu said.

However, the massive coronavirus vaccine rollout will pave the way for global factory resumption, which in turn could weaken foreign demand for China's exports in the coming months - an uncertainty China will tackle sooner or later this year, according to some analysts.

Tian Yun, vice director of the Beijing Economic Operation Association, told the Global Times on Monday that as the growth in the first two months was mostly an export-driven "recovery," Chinese policymakers need to think up more ways to shore up domestic consumption and strengthen fixed-asset investment, which have not yet returned to pre-virus levels.

China's Ministry of Culture and Tourism said on Monday that it won't impose uniform limits on the ratio of people allowed in theaters and internet cafes in low-risk areas, a move that will pave the way for free flows of traffic and release more consumption potential.

NBS spokesperson Liu said that the government is confident that China has the "foundation and conditions" to continue recovering in 2021, in terms of momentum, policy, and support for the elements of production.

China has set an economic growth target of "above 6 percent" for 2021, as the country continues its strong rebound from the impact of the pandemic last year.