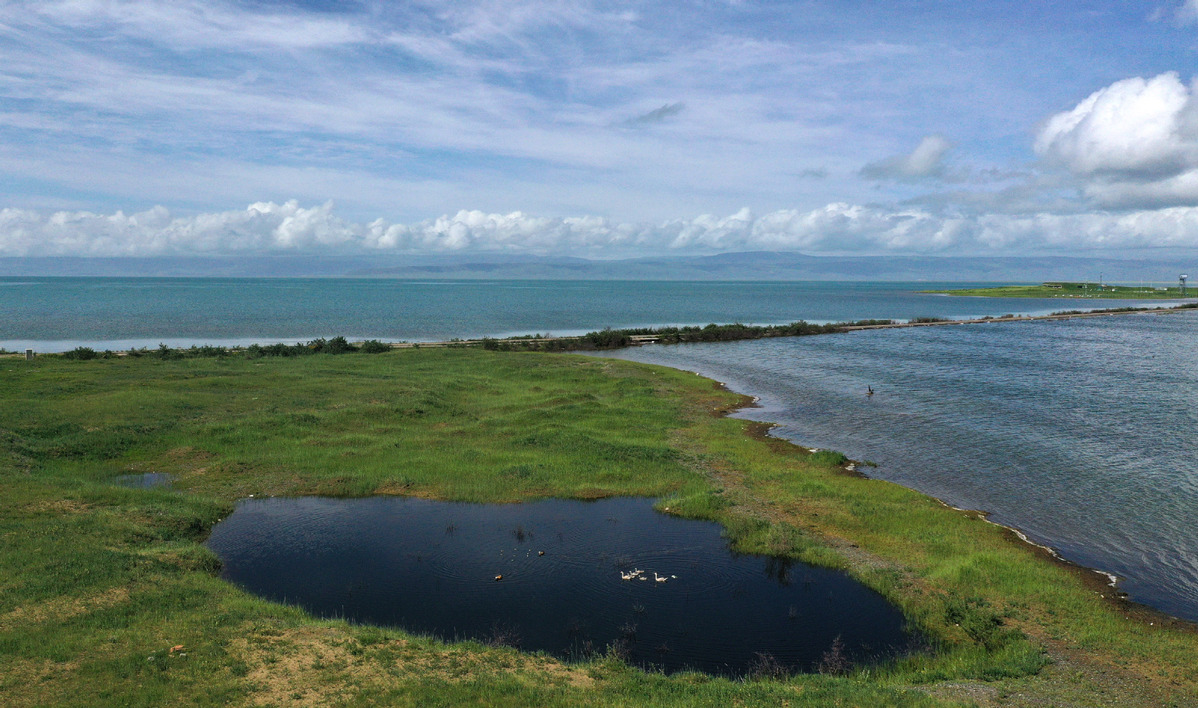 NANJING, July 21 (Xinhua) -- More than 70 percent of monitored lakes in China witnessed increasing water transparency between 2000 and 2018, which means that lakes in the country became clearer, according to a new study.

The research was based on big data from remote sensing and was jointly conducted by experts from China, Italy, the United States and Britain.

Researchers obtained a large number of satellite images from 2000 to 2018. Combined with field measurements, they developed a new algorithm to calculate the water transparency of China's lakes.

The research analyzed monitoring results of a total of 412 lakes, covering most lakes with a water area of more than 20 square km in China, according to Duan Hongtao, a scientist from the Nanjing Institute of Geography and Limnology, Chinese Academy of Sciences.

The analysis results showed that the water transparency of China's lakes is on the rise as a whole. From 2000 to 2018, 289 lakes saw increasing transparency, accounting for 70.15 percent of the total number.

"Increasing water depth, eutrophication control and vegetation restoration in basins are the three main reasons for the improving lake water quality in the country," Duan said.

The research was recently published in the International Journal of Applied Earth Observation and Geoinformation. Enditem