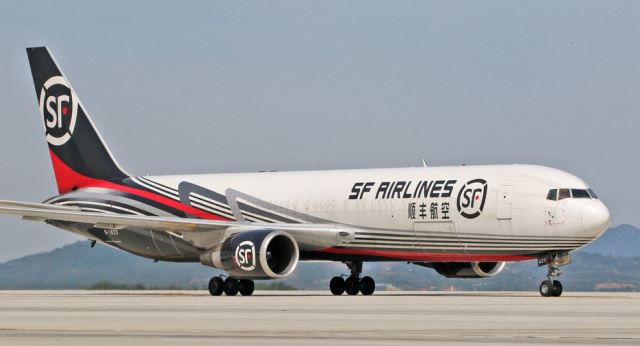 BEIJING, Dec. 22 (Xinhua) -- SF Airlines, the aviation branch of China's express giant SF Express, has put its 50th aircraft, a B757 all-cargo freighter, into service, according to the airline.

With its fleet size expanding to 50, SF Airlines is now a medium-sized airline, it said.

It also signifies a milestone for the airline in upgrading its network and air logistics services, SF Airlines continued.

Thanks to its large domestic and global network, SF Airlines has transported around 2 million tonnes of cargo since operations began in 2009.

China has seen its air express industry surge in recent years. In 2017, China transported 7.06 million tonnes of air mail cargo, a 5.6 percent year-on-year increase, according to statistics from the Civil Aviation Administration of China.