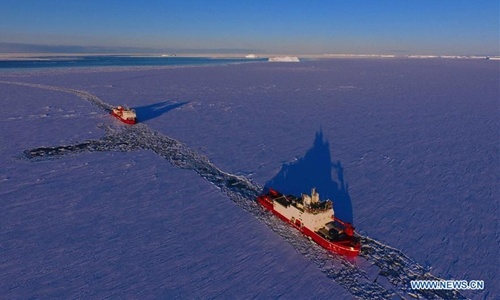 According to Chinanews.com, the new ship, designed to be 117.2 meters long, 21 meters wide, and 5.4 meters of draft, is a comprehensive maritime scientific research vessel with an optimal performance, as well as a record displacement of more than 10,100 tons..

The ship will also meet the requirements of a strengthened B-level ice zone, use full electric drive, DP2 dynamic positioning system, and be equipped with a 360 degree full-view cab.

China has around 60 commissioned scientific research ships such as the Xuelong-2 icebreaker and Shiyan-6, a modern vessel that is focused on geophysical exploration and seismic acquisition and processing.