China's largest-diameter drilling machine Yunhe put into use in Beijing 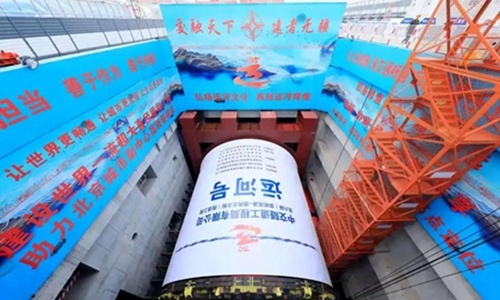 It is equipped with many advanced technologies, for example, it can continuously tunnel 4,800 meters without changing its cutter, according to China Communications Construction Company Ltd.

The section of the project undertaken by the company has to go below many roads, paths and rivers in eastern suburban Beijing, featured by high construction difficulties. The machine will go as deep as 59 meters below the surface.

Gou Changchun, chief machinery engineer of the project, said that the machine runs 1 meter every day for trial but will be able to run 10 meters per day later, China Central Television reported on Saturday.