NANCHANG, Oct. 11 (Xinhua) -- Poyang Lake, China's largest freshwater lake, has entered the drought period about one and a half months earlier than it has in the past 60 years. 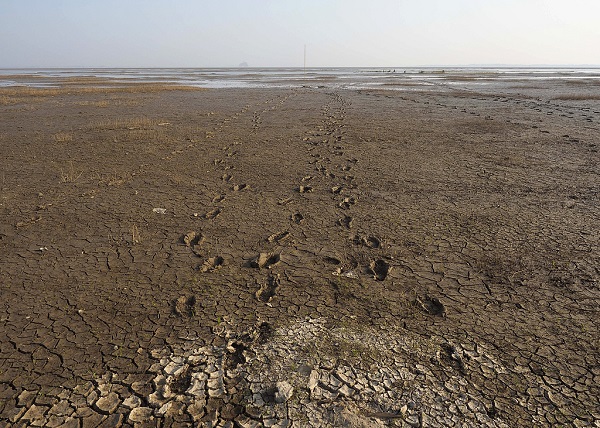 Water levels in Poyang Lake in east China's Jiangxi Province have been falling recently due to less rainfall and water from upstream.

On Friday morning, the lake's water level in the Xingzi hydrologic station fell below the 10-meter mark. This means that this year's drought period came 47 days sooner than the average time between 1956 and 2016.

The water level in Xingzi station was about five meters lower than the normal yearly level. It is expected to decline further based on forecasts of weather and water from upstream.

The provincial meteorological authorities urged more efforts to fight the drought, including using cloud seeding for artificial rain, as less precipitation is forecasted in the coming days.