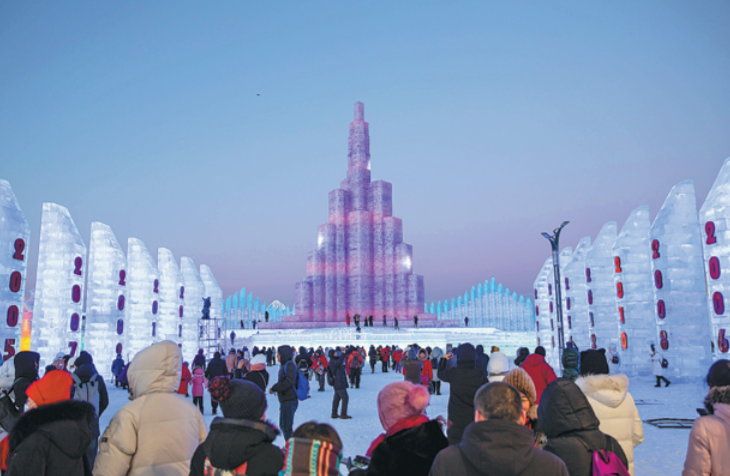 Tourists from home and abroad visit Harbin Ice and Snow World in the capital of Heilongjiang province. (Photo: China Daily)

China's largest ice-themed park closed Sunday night as the weather has started to warm up in the country's northeasternmost province.

The 20th Ice and Snow World in Harbin, capital of Heilongjiang province, stopped its operation due to the rising temperature recently, sources with the park said.

According to China Meteorological Administration, the highest temperature will rise to 6 degrees Celsius in Harbin in the coming week.

The park has attracted over 1 million tourists since it reopened on Dec 23, and more than 10 million visits have been made in total since its founding in 1999.