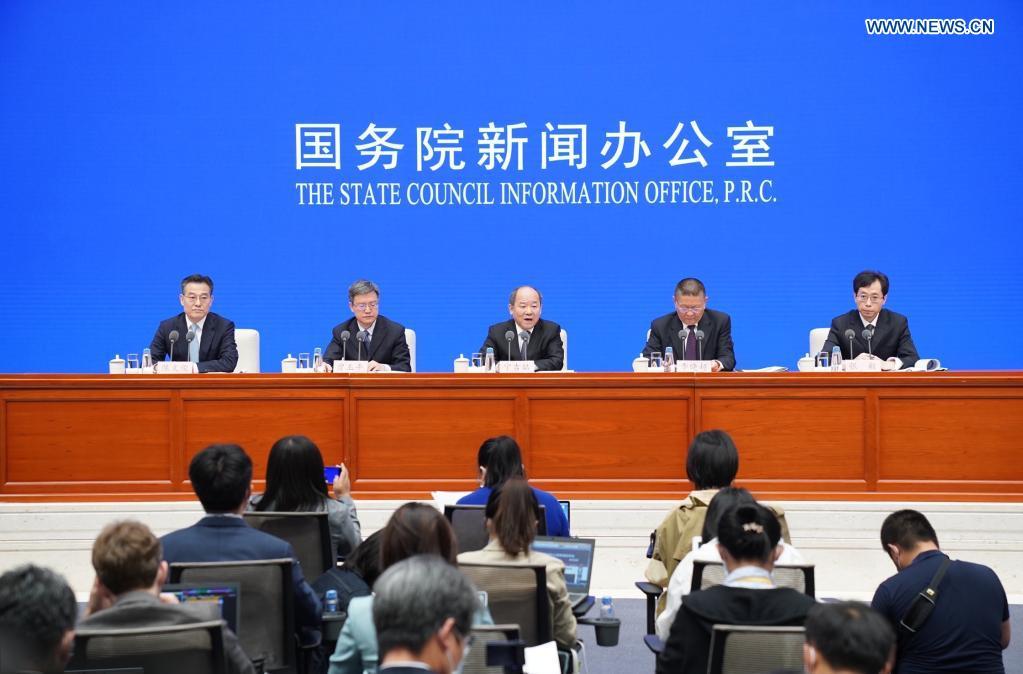 The State Council Information Office holds a press conference on the data of the seventh national population census in Beijing, capital of China, on May 11, 2021. (Photo: Xinhua/Cai Yang)

BEIJING, May 11 (Xinhua) -- Gender ratio of China's mainland population continued to improve, with the male-to-female ratio hitting a record low of 105.07, according to the seventh national census data released Tuesday.

It was slightly down from 105.2 in 2010 when the sixth census was conducted and the most balanced gender ratio since the first census in 1953.

Of the 1.41178 billion people on the Chinese mainland, male population stood at 723.34 million, accounting for 51.24 percent, while female population came in at 688.44 million, making up 48.76 percent, according to data of the census released by the National Bureau of Statistics (NBS).