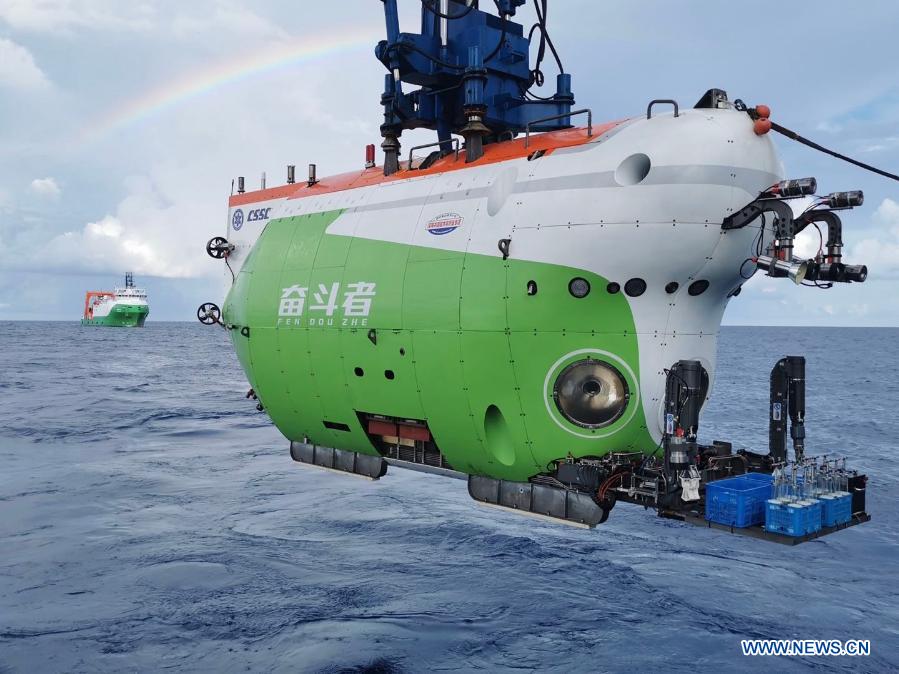 China Ship Scientific Research Center, the developer of the manned submersible, signed the delivery memorandum with the institute in the port city of Sanya, south China's Hainan Province.

The institute has led the formation of a scientific instruction committee for the use of Fendouzhe and manned submersible Shenhai Yongshi (Deep Sea Warrior), capable of reaching depths of 10,000 meters and 4,500 meters, respectively.

According to the institute, the committee serves as a communication and exchange platform for users and experts of the submersibles to promote the applications, guide the technical upgrading and improve operational capability.

Fendouzhe set a national record by diving to a depth of 10,909 meters in the Mariana Trench in November 2020. The record dive was enabled by several deep-sea technologies involving materials, energy supply and communications. It carried three experts to conduct scientific research for about six hours on the bed of the Mariana Trench.