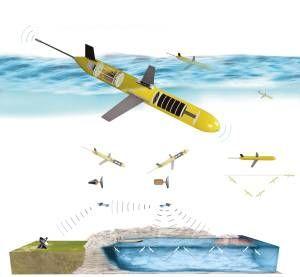 China's home-grown underwater glider and sea fog detector will be used for the first time in an arctic expedition, which is expected to enhance China's research in the field and strengthen the country's bargaining position on Arctic issues, expert said.

The glider Haiyi, Chinese for "sea wings," was launched in the Bering Sea area on Saturday.

Haiyi will be used to measure the ocean's temperature, salinity and depth, said Lin Lina, a member of the expedition team, Beijing Daily reported.

Research on changes in the seawater and ocean current "is vital to Arctic shipping routes, which can save 6,000 to 10,000 nautical miles from China to Europe," Dong Yue, a research fellow at the polar research institute of the Ocean University of China in Qingdao, Shandong Province, told the Global Times on Sunday.

Yu Jiancheng, a research fellow at the Chinese Academy of Sciences' Shenyang Institute of Automation, where the glider was developed, told the Global Times that the glider is able to sail constantly "for thousands of kilometers, and is capable of working months underwater."

Prior to the expedition, Haiyi successfully completed a scientific observation mission in the Indian Ocean in January, where it gathered valuable data on its 705-kilometer journey, the Xinhua News Agency reported.

To make the glider more suited to the Arctic area, scientists mapped out a sailing route to help it avoid areas covered by sea ice, Yu said.

Haiyi is expected to sail more than a thousand kilometers and complete 300 tasks, Beijing Daily quoted Lin as saying.

Another observation instrument, a sea fog observer, developed by the Ocean University of China, was also released on Saturday to detect the physical features and radiation characteristics of the sea fog above the Bering Sea, Beijing Daily reported.

Sea fog heavily influences maritime navigation. If the link between the radiation of the sea fog and sea visibility can be further established, data collected by the observer could potentially assist in sailing route planning, the report said, citing Li Tao, an expedition team member.

The environmental and sea water change in Arctic area can greatly influence China in two fields: climate change and the utilization of Arctic shipping routes which would influence China's economy development.

The two instruments used for the expedition focus on collecting data that closely related to those issues, Dong said.

Obtaining data using self-developed instruments will strengthen China's research in the field and give the nation a bigger voice on Arctic-related issues, Dong said.

The Chinese research ship Xue Long, Chinese for "Snow Dragon," left Shanghai for the Arctic on July 20 for the country's ninth polar expedition. The team, which will travel 12,300 nautical miles, is expected to return to China at the end of September.