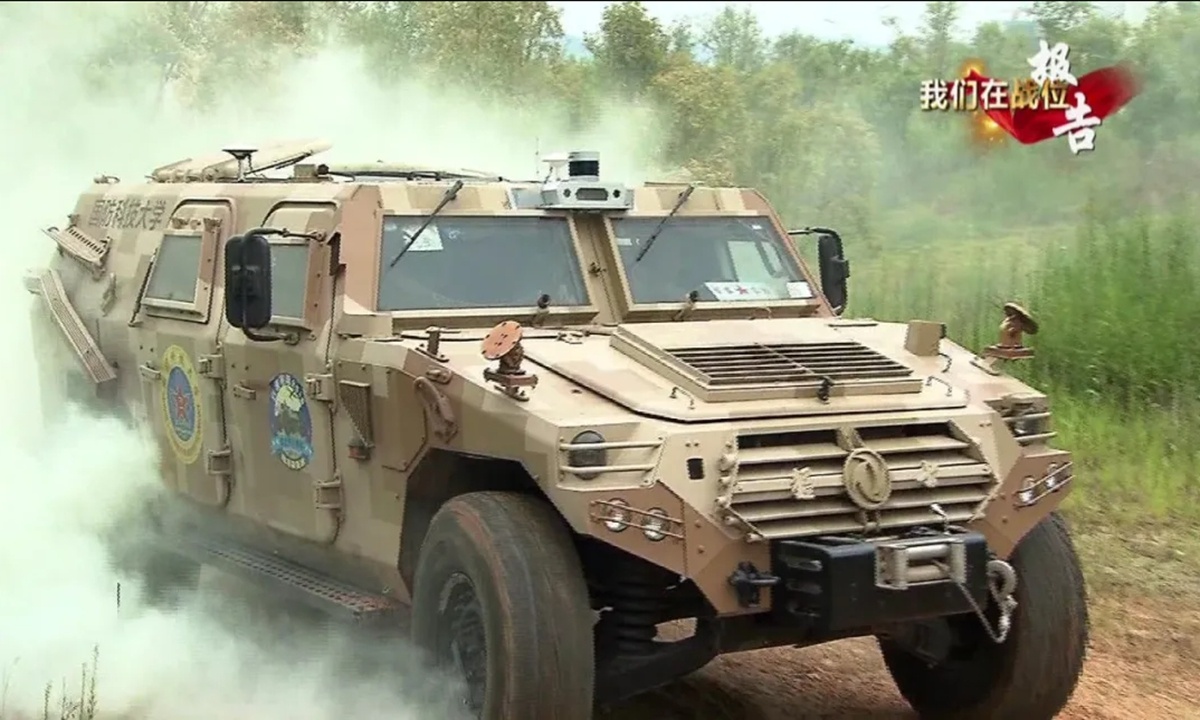 Scientists at a Chinese military university have in the past few years been focusing on developing unmanned combat systems intended to win future wars, and their efforts are beginning to bear fruit. Recent reports show multiple types of unmanned equipment, including an amphibious combat platform and a combat vehicle with a new design concept, that are about to enter military service.

Since 2013, the technological innovation team for unmanned combat systems at the National University of Defense Technology (NUDT) has been making independent innovations involving frontier technologies in unmanned warfare, and it has developed many types of unmanned combat equipment, which will lay the technical foundations for Chinese troops to win future wars, China National Radio (CNR) reported on Wednesday.

One of the projects, an unmanned amphibious platform, won a competitive tender by the equipment department of the People's Liberation Army (PLA) Army, CNR reported. A photo attached to the report shows a prototype of the amphibious platform in the water. The boat-sized platform seems to be sailing at a high speed.

It has already passed delivery inspections of its parameters on the water, according to the CNR report.

Another project, dubbed a "combat vehicle with a new design concept," is also ready for delivery inspections, the report said.

During the initial phase of the project, the head of the NUDT team conducted surveys of more than a dozen military units to learn the troops' needs for an unmanned combat vehicle, and eventually decided to build one for multiple purposes including obstacle-clearing and reconnaissance, CNR reported.

In recent years, the NUDT team also developed the "Desert Wolf" series of unmanned ground vehicles, which run on caterpillar tracks, are equipped with remotely controlled weapon stations, and can transport goods and injured soldiers. The team also modified the Dongfeng Mengshi off-road assault vehicle -- a type of vehicle widely used by the PLA -- into unmanned variants, according to the report.

While aerial drones have reshaped modern warfare, unmanned weapons on the ground, as well as on the surface of the water and below it, have yet to garner concentrated public attention, but they are also expected to change how battles are fought, a Beijing-based military expert who asked for anonymity told the Global Times on Thursday.

China needs to develop and commission unmanned equipment in all realms, the expert said.