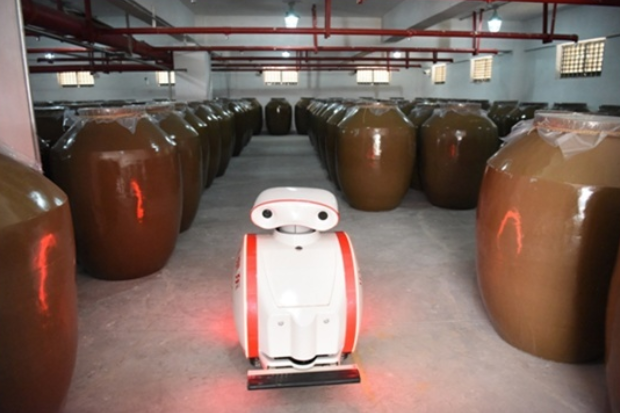 The robot equipped with high-definition video surveillance systems and can turn around 360 degrees. (Photo: moutaichina.com)

The robot is equipped with high-definition video surveillance systems and can turn around 360 degrees. It follows set routes and reports information on warehouse environment, temperature, and fire and smoke alarms.

The trial is one of the projects jointly launched between Moutai and Chinese e-commerce giant JD.com, to increase Moutai's intelligent information development on logistics, production, and management.

Distilled in the town of Maotai in southwest China's Guizhou Province, Moutai is considered the country's national liquor.