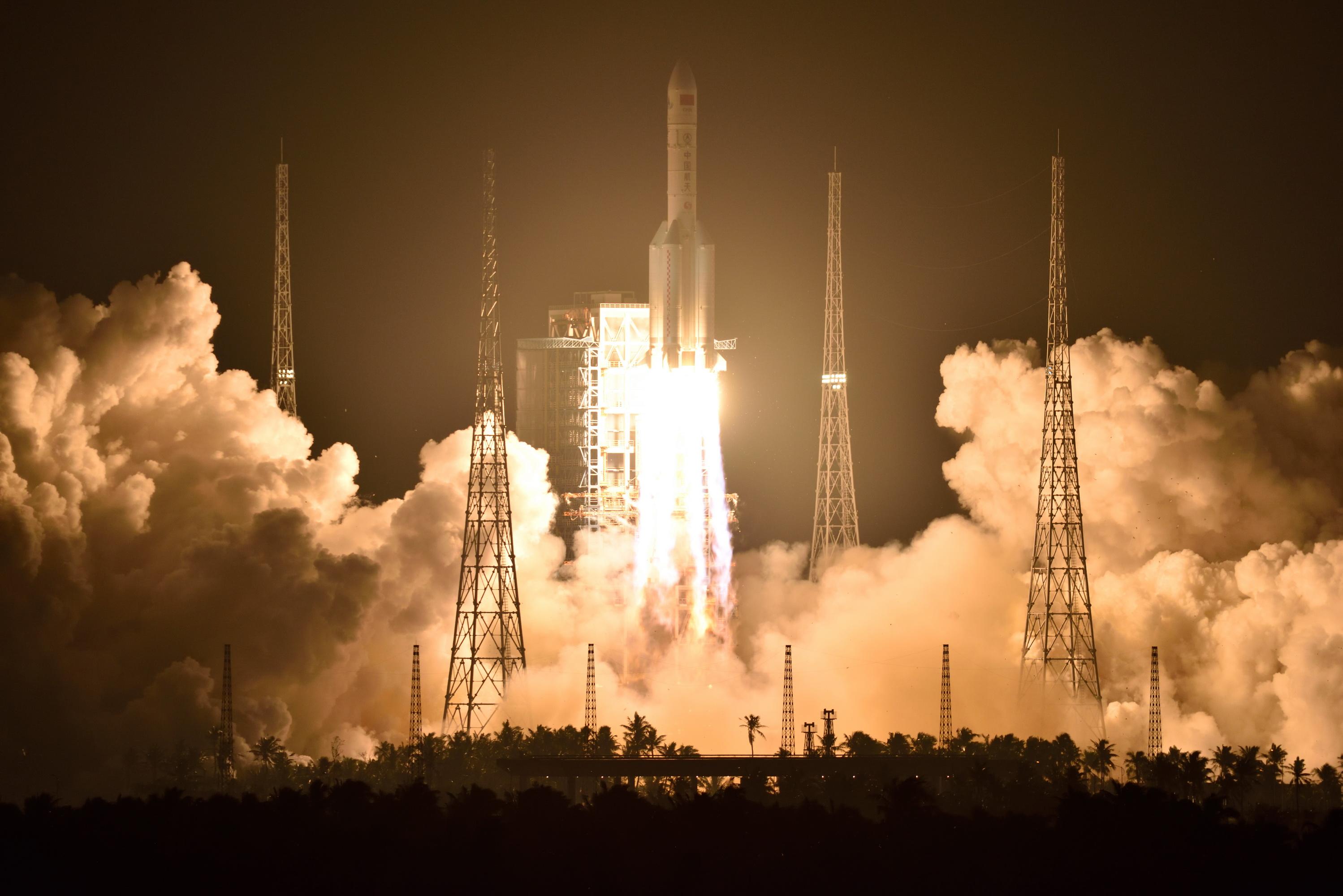 BEIJING, Jan. 20 (Xinhua) -- China's Long March-5B carrier rocket has passed testing and examination before leaving the factory and is expected to make its maiden flight in the first half of 2020, according to the China Manned Space Agency.

The examinations, conducted by the China Aerospace Science and Technology Corporation, showed that the rocket has met the requirements for flight.

The Long March-5B, a modified version of Long March-5, has the largest carrying capacity to low-Earth orbit among all Chinese rockets and will be used to launch the capsules of China's space station.

China aims to complete the construction of its space station around 2022. Weighing 66 tonnes, the space station will be a T shape with the Tianhe core module at the center and the Wentian and Mengtian lab capsules on each side. In addition, a capsule holding a large optical telescope will fly in the same orbit as the station.