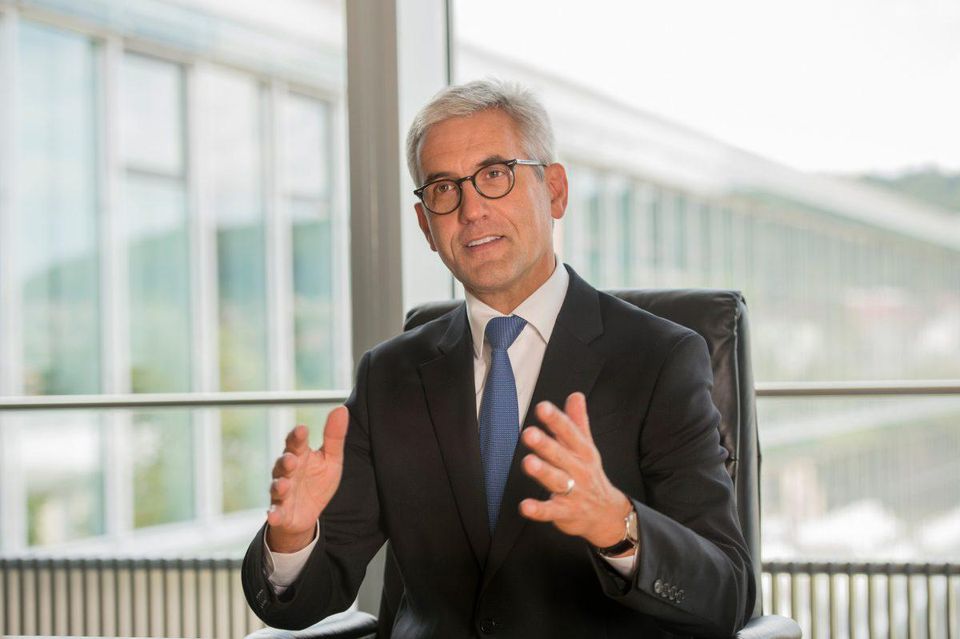 ABB CEO Ulrich Spiesshofer looks forward to another 100 years of business with China.

New York (People’s Daily) – Ulrich Spiesshofer, Chief Executive Officer of Swiss automation giant ABB, said he was impressed with the achievements China has made since its reform and opening-up began, and looks forward to continuing his company’s partnership for another 100 years.

In a recent interview with People’ Daily, Spiesshofer discussed the massive changes China has impacted the world with throughout the past 40 years. The CEO said he was amazed by China’s long-term vision, clarity and reliability, and how the country has developed while remaing on its own political path.

“If we work together, everyone will benefit and everyone will have opportunities to prosper,” stressed Spiesshofer, who referes to himself as “almost a regular Chinese citizen” because he travels to China six to eight times a year.

He always feels safe when walking late at night through the streets of Shanghai, Spiesshofer told People’s Daily, adding that the open and welcoming culture he expriences during his China trips has always been close to his heart.

The 125-year-old ABB started doing business in China more than 100 years ago. “As China transformed, we have transformed ABB in China.Today, 12 percent of the ABB workforce is conducting research and development in China. We have fully localized our value-chain. Up to 90 percent of what we sell here is being developed and produced in China,” Spiesshofer emphasized.

ABB is helping China on key economic issues such as renewable integration, smart cities and electric mobility with even stronger contributions in automation and robotization technology.  “Altogether, this is a great partnership and I very much look forward to continuing it for another 100 years,” said Spiesshofer.

Regarding China’s further opening up to the world, Spiesshofer said for a company like ABB, it is very important they have a level playing field in China.

“We welcome the opening of the market, and welcome the opportunity to compete on fair terms. In particular, I applaud China's emphasis on compliance, integrity, and IP protection, and I am highly optimistic about the future development of manufacturing in China, especially in artificial intelligence,” he noted.