NANJING, March 29 (Xinhua) -- Taihu tunnel, China's longest underwater highway tunnel, is set to be open to traffic before the end of the year, according to the construction team. 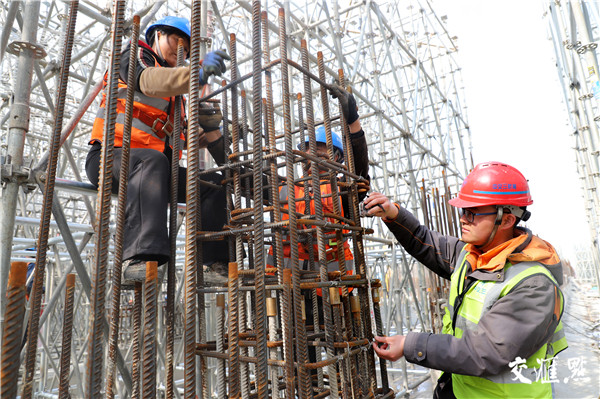 The 10.8-km-long, 43.6-meter-wide tunnel is under Taihu Lake, China's third-largest freshwater lake. It is part of the Changzhou-Wuxi Highway which has a total length of 43.9 km.

Construction of the underwater tunnel began in January 2018 in east China's Jiangsu Province. Currently, all the tunnel floors have been completed, said the China Communications Construction Company (CCCC) Third Harbor Engineering Co., Ltd., which is in charge of the project.

The project is utilizing automatic steel processing equipment and intelligent systems which can ensure zero discharge of sewage and dust, said Yang Guodong, head of the project team.

The tunnel is expected to go through further processes like pouring concrete and building lake island facilities this year.