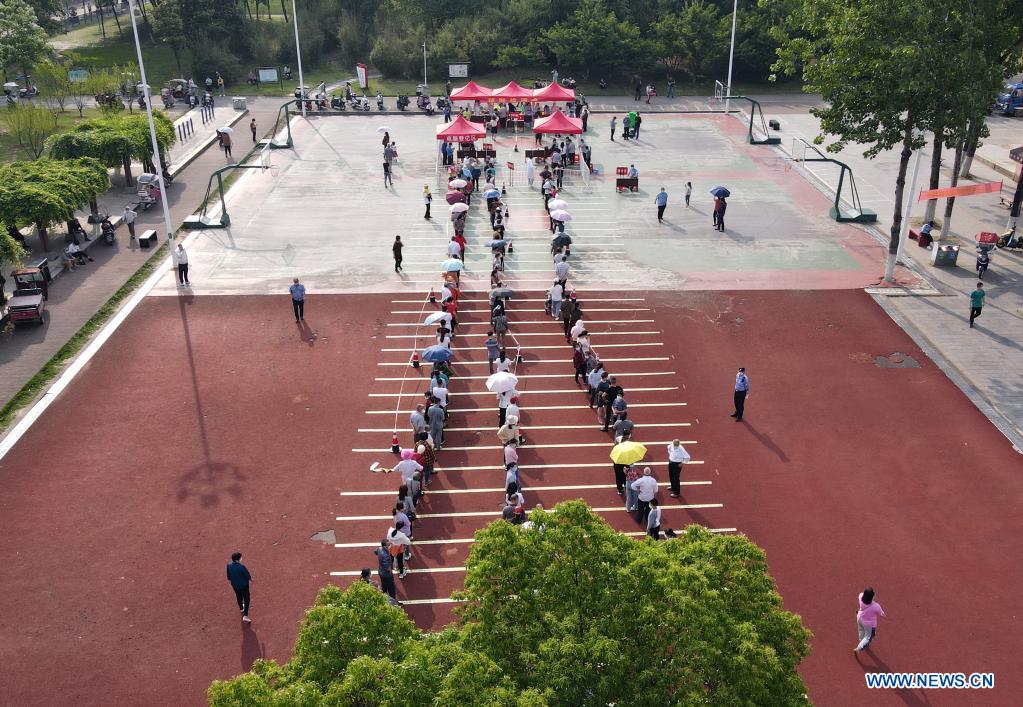 The case, a 29-year-old female, is a close contact of a previously confirmed local case and had been put under medical observation since May 13, said the commission.

As of Saturday, Lu'an had registered six confirmed cases of local transmissions and 12 asymptomatic cases in the recent resurgence of the virus.

Lu'an launched the third round of nucleic acid testing for residents in the main districts and key areas on 2 p.m. Saturday.

Health authorities in Anhui had said earlier that the province's recent local transmission cases were related to a training session at a photo studio in the city's Yu'an district.