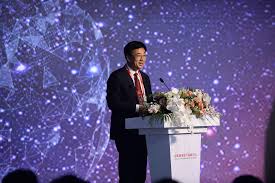 The China-Japan Friendship Hospital performs more than 100 lung transplant surgeries on an annual basis, with a perioperative survival rate of 80 percent, approaching the level of advanced international institutions, according to the paper.cn.In 2018, the China-Japan Friendship Hospital conducted 104 lung transplant surgeries, and the Wuxi People's Hospital conducted 140, according to a briefing conference held at the China-Japan Friendship Hospital on December 19.Honored as the leading practitioner in China's lung transplant field, Chen Jingyu and his team performed over 80 percent of the 299 listed lung transplant surgeries in China in 2017.Compared with other organ transplants, there are ample lung donors. "A total of 5,146 people donated lungs last year, while only 5 percent found recipients," said Chen. "The number in other organ transplantations such as liver and kidney is 95 to 98 percent."According to Chen, the average age of patients who accept lung transplants has remained steady at 64. However, patients over 65 are not allowed access to the surgery, to leave the donated organs for younger patients.Wang Chen, president of the Chinese Academy of Medical Sciences and Peking Union Medical College, said that a quantified standard has not yet been set in China to decide whether a patient can have a lung transplant."A systematic evaluation considering dynamic factors will be done by a doctor before a lung transplantation is performed," said Wang.