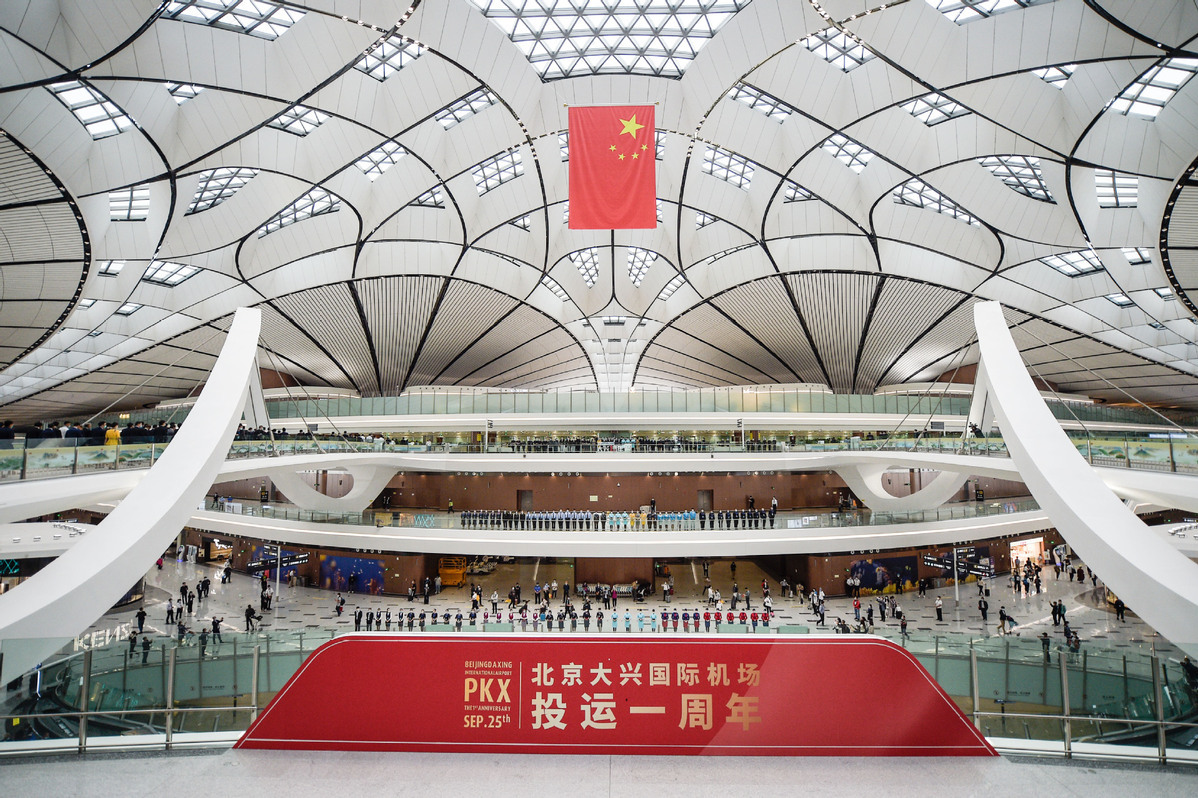 A flag-raising ceremony is held by the Civil Aviation Administration of China to mark the first anniversary of the Beijing Daxing International Airport in Beijing, on Sept 25, 2020. (Photo/Xinhua)

BEIJING -- China's commitment to boosting its civil aviation sector has been sustained by continuously improving and upgrading the country's airports over the 13th Five-Year Plan period (2016-2020).

-- China had 238 civil transport airports by the end of 2019, and the figure is expected to reach 241 by the end of 2020, according to statistics from the Civil Aviation Administration of China (CAAC).

-- From 2016 to 2020, up to 460 billion yuan (about 68.8 billion U.S. dollars) of fixed-asset investment was injected into civil airport construction, according to the CAAC data.

-- In the 2016-2020 period, China constructed 31 small hub airports or non-hub airports, moved eight and expanded 34. Among them, 50 were located in western, border or poverty-stricken regions.

-- In 2019, China's civil aviation airports handled a passenger throughput of 1.35 billion and an air freight volume of 17.1 million tonnes.

Among the newly constructed hub airports, Beijing Daxing International Airport has drawn worldwide attention as a landmark large-scale project and a new engine for national development.

-- China has 296 general aviation (GA) airports used for civil aviation other than commercial air transport as of late June, according to a report released by the GA branch of the China Air Transport Association.