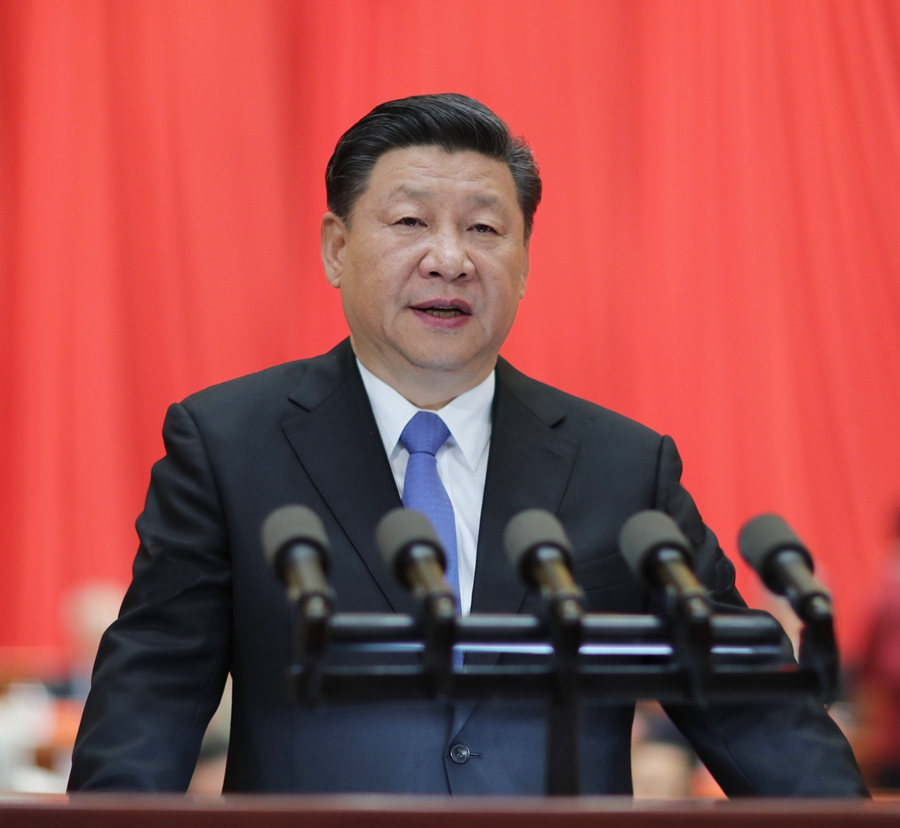 BEIJING -- President Xi Jinping will pay state visits to the United Arab Emirates (UAE), Senegal, Rwanda and South Africa, respectively, from July 19 to 24, and attend the 10th BRICS summit from July 25 to 27 in Johannesburg, South Africa and then visit Mauritius for a stopover.

Vice Foreign Minister Kong Xuanyou on Friday said this is Xi's first time to visit foreign countries after his re-election as Chinese president in March and it is also China's major diplomatic move to target developing countries against the backdrop of profound changes in the context of international situation.

Xi's visits will promote China-UAE bilateral ties, the Belt and Road construction in the Gulf region, peace and stability in the Middle East, and building a closer community of shared future for China and Africa, Kong said.

Xi's UAE visit will be the first tour by a Chinese head of state in 29 years. The Chinese president will meet with Sheikh Mohammed Bin Rashid Al Maktoum, vice president and prime minister of the UAE, and the Crown Prince of Abu Dhabi Sheikh Mohamed bin Zayed Al Nahyan, and attend the welcoming ceremony, signing ceremony, and welcome banquet, Kong said.

Xi's visit to Senegal will be the first by a Chinese head of state in nine years and Xi's first visit to a West African country. The Chinese president will hold talks with Senegalese President Macky Sall, exchanging views on boosting ties, deepening pragmatic cooperation and other international and regional issues of common concern. The two presidents will also witness the signing of a series of cooperation documents.

Xi's Rwanda visit will be the first by a Chinese president. He will hold talks with his Rwandan counterpart Paul Kagame and witness the signing of cooperation documents, to push bilateral pragmatic cooperation to a higher level, Kong said.

Xi's visit to South Africa will be his third state visit. Xi and South African President Cyril Ramaphosa will attend a celebration for the 20th anniversary of the establishment of bilateral diplomatic relations, and exchange ideas to further improve political mutual trust, promote pragmatic cooperation, enhance people-to-people exchanges and other international and regional issues of common concern. They will also witness the signing of a series of cooperation documents.

Xi's Mauritius visit will be the first by a Chinese head of state in nine years. The Chinese president and Mauritius Prime Minister Pravind Kumar Jugnauth will exchange ideas on developing ties and pragmatic cooperation, as well as other international and regional issues of common concern, Kong said.

"This is an important diplomatic move of China to target emerging markets and developing countries," Zhang said. "China attaches great importance to BRICS cooperation. This is the sixth consecutive time that President Xi Jinping has attended or chaired the BRICS leaders' meeting. "

China's role in promoting and leading BRICS cooperation has been fully affirmed by relevant parties, he added.

Xi will attend a series of multilateral activities including the BRICS Business Forum, leaders' small-scale and large-scale meetings, as well as an informal meeting to commemorate the 10th anniversary of the leaders' meeting. He will also hold bilateral meetings with leaders of relevant countries to exchange views on such issues as the current international situation, BRICS cooperation, important international and regional issues of common concern. The summit meeting will publish the Johannesburg Declaration of the BRICS Leaders, Zhang said.

The Johannesburg Summit, with the theme "BRICS in Africa: Collaboration for Inclusive Growth and Shared Prosperity in the 4th Industrial Revolution," will maintain the momentum of cooperation from the Xiamen summit, said Zhang.

He also expressed China's expectations for the meeting, including strengthening the solidarity and cooperation of BRICS and deepening the strategic partnership, grasping the opportunities of the new industrial revolution and enriching the connotation of pragmatic cooperation, safeguarding multilateralism and improving the global governance system, strengthening construction of the mechanisms and promoting the stability of BRICS cooperation.

"Under the political guidance of the leaders of the five countries, BRICS will make new and greater contribution to advancing world peace and development, building a new type of international relations and a community with a shared future for mankind," said Zhang.