JINAN, Dec. 21 (Xinhua) - Dong'e Ejiao, China's largest ejiao, or donkey-hide gelatin, producer announced that they will raise the price of their products by 6 percent, on Friday. 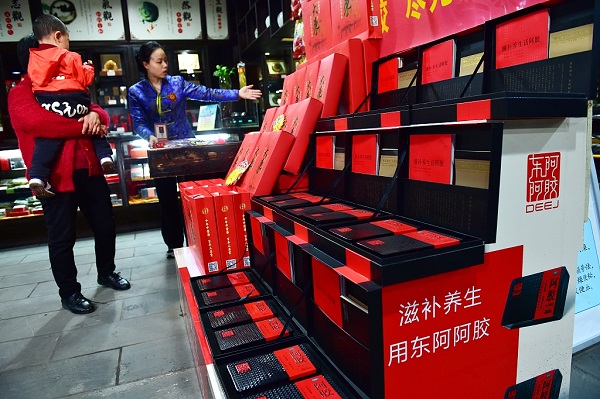 Now the ejiao bars from the company sell for 5,396 yuan ($783) per kilogram on their official online store.

The decision to raise the price of the product was based on market supply and demand and as the supply of donkey hides, the source of ejiao, continues to dwindle, according to the company.

Ejiao is made by boiling donkey skin and refining it into a tonic. Ejiao is mainly taken by women who suffer from anemia, dry coughs or dizziness. The name was coined in Dong'e County in east China's Shandong Province, where it was originally produced.

In recent years, ejiao manufacturers have experienced difficulties with the shortage of donkey hides, as the low fertility rate of donkeys and agricultural modernization discourage people to raise the animal. Meanwhile, many countries have banned donkey skin exports.

About 90 percent of the country's ejiao products are made in Shandong Province, which mainly imports donkey skin from Peru, Mexico and Egypt.