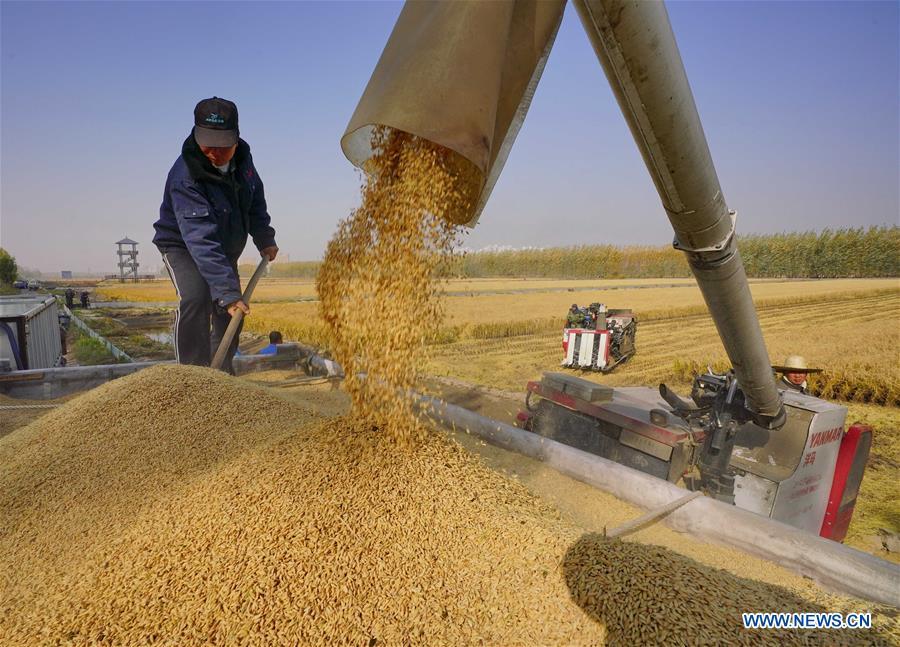 HARBIN - Heilongjiang province, China's major grain producer, plans to further reduce the use of chemical fertilizers, pesticides and herbicides on farmland in 2020 to boost green agriculture and food security.

Farmland featuring reduced chemical use will be expanded to 3 million hectares in 2020 from last years's 2.67 million hectares, according to the government work report delivered at the ongoing annual session of the provincial People's Congress.

In 2019, Heilongjiang in Northeast China has reduced the use of chemical fertilizers and pesticides by 15,200 tonnes and over 2,000 tonnes, respectively, compared with the previous year.

Heilongjiang, which is a major supplier of food crops such as maize, soybeans, rice and wheat in China.

The province has been expanding areas for growing green and organic crops and developing high-quality and high-efficiency agriculture.

The province saw a bumper harvest for the 16th year in a row in 2019, with annual grain yields exceeding 75 billion kg.