BEIJING, March 31 (Xinhua) -- The purchasing managers' index (PMI) for China's manufacturing sector firmed up to 52 in March from 35.7 in February, the National Bureau of Statistics (NBS) said Tuesday. 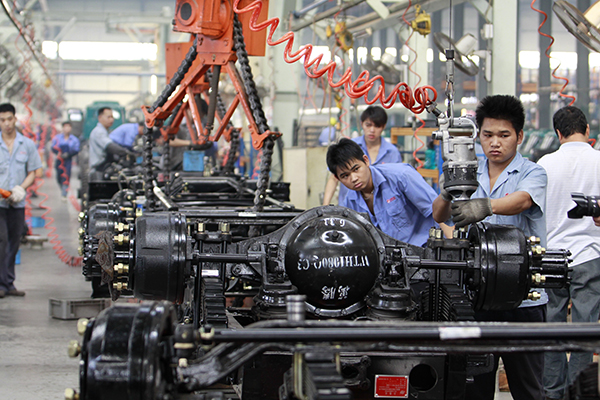 With positive changes taking place in domestic epidemic control and prevention, 96.6 percent of China's large and medium-sized enterprises have resumed production, up 17.7 percentage points from one month ago, NBS survey showed.

A sub-index for production, rallied 26.3 points from one month earlier to 54.1, hinting at reviving production activities.

However, Zhao said the single-month rise does not necessarily mean the production has been back to pre-outbreak levels, noting that more data should be observed.

The upturn of economy, Zhao said, only comes when the PMI moves up for at least three consecutive months.

Tuesday's data also indicated a remarkable improvement in market demand, as the sub-reading for new orders stood at 52 in March, higher from 29.3 in February.

Meanwhile, the PMI for high-tech manufacturing, equipment manufacturing and consumer goods all stood in expansion zone, signaling quickened restoration in the sectors, according to Zhao.