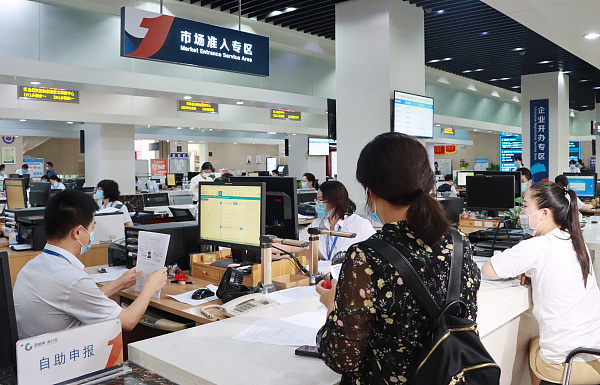 Among all the entities, 50.39 million are businesses and 107.94 million are self-employed individuals, according to the State Administration for Market Regulation. In the January-June period, the number of newly-added market entities stood at 14.54 million, up 4.3 percent year on year.

New business registration growth softened in April due to unexpected factors but regained momentum in May and marked a surge of 19.7 percent in June thanks to an array of economic stabilization measures.

In the first half, the growth rate of new economy market entities stood well above the average. More than half of the newly-added firms were related to new technologies, new industries and new business models. The registration of new energy businesses, in particular, grew by over 30 percent.

During this period, 604,000 new enterprises were established in the core industries of digital economy, up 20 percent year on year. At the end of June, the number of such businesses nationwide reached 5.1 million in total.