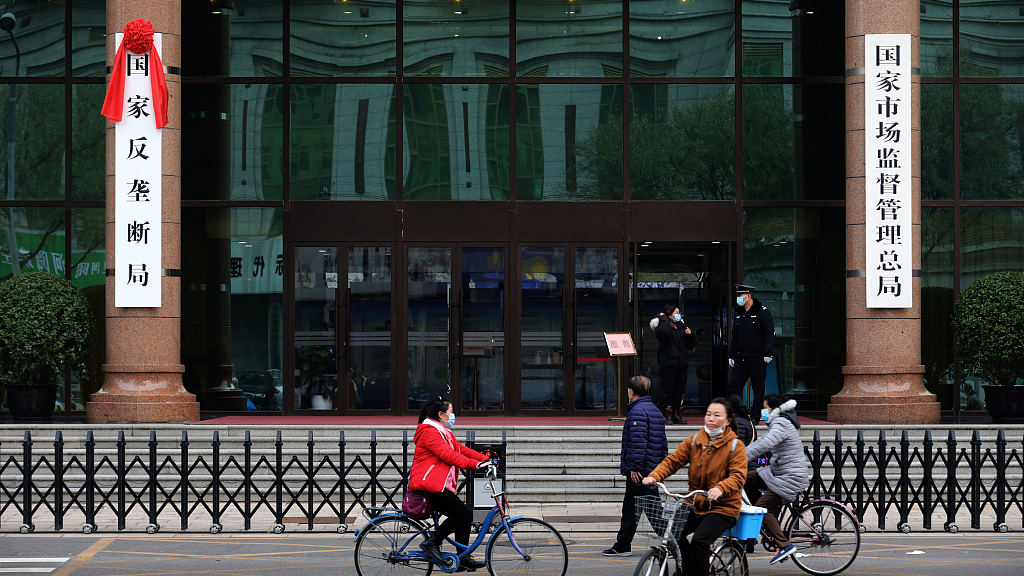 Nearly 14 years after its current Anti-Monopoly Law (AML) came into effect, China passed a revised version on Friday, which will come into effect on August 1.

Besides slightly amending some current rules, the SAMR added several new ones in the draft, covering descriptions of what deals could be perceived as monopolistic to regulations governing how local authorities with the power to restrict competition should behave. The regulator is seeking public comment for its proposals before July 27.

One of the new rules defined the behavioral method of leveraging digital means, including data and algorithms, technology, capital advantages and platform rules, for reaching a monopoly deal.

The rule will allow better adaptation to the needs of anti-monopoly supervision in the context of the digital economy, regulate relevant competition behaviors, and promote healthy economic development, the SMAR said.

In the antitrust law amendment, it added a safe-harbor rule to vertical monopoly behavior stipulating the law shall not prohibit market operators that can prove their market share is lower than the standard set by the anti-monopoly law-enforcement agency.

Chinese regulators began cracking down on monopolies in late 2020 in multiple industries to prevent the disorderly expansion of capital and foster fair competition. E-commerce firm Alibaba Group was fined a record 18.2 billion yuan ($2.78 billion) for violating anti-monopoly laws, while the food-delivery platform Meituan was penalized 3.442 billion yuan for abusing its market dominance.