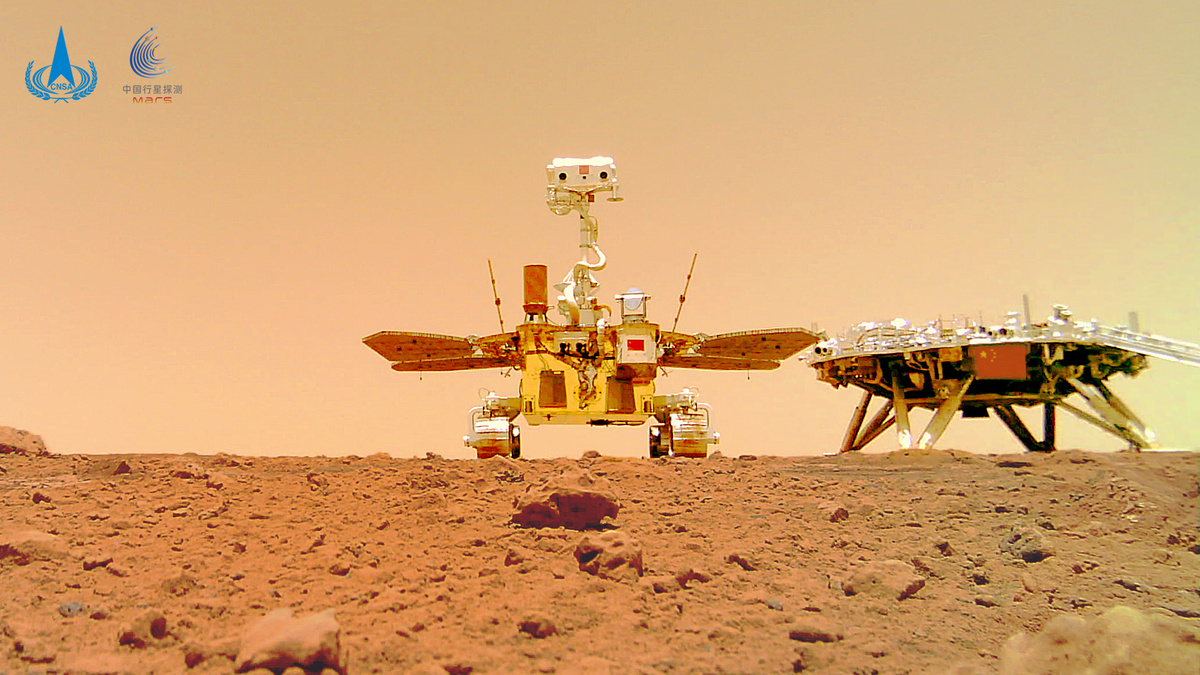 BEIJING - China's Mars rover Zhurong has traveled more than 800 meters on the surface of the red planet as of Friday, according to the Lunar Exploration and Space Program Center of the China National Space Administration.

Zhurong has been traversing a complex terrain full of rocks, craters and dunes, and its rear hazard-avoidance camera captured a picture of the rover just moving across the rocks.

As of August 6, 2021, the rover has worked on the surface of Mars for 82 Martian days and the orbiter has been in orbit for 379 days. The two are in good condition and functioning properly.

A Martian day is approximately 40 minutes longer than a day on Earth.