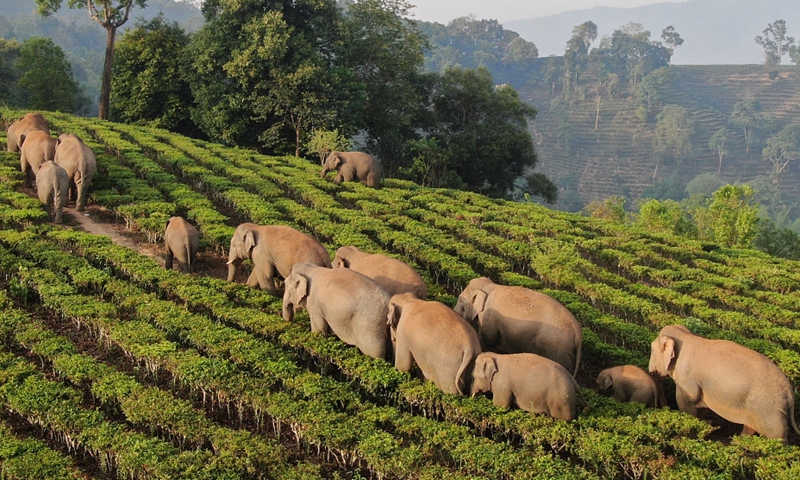 A male elephant that strayed nine days ago was about 17.4 km away from the herd, and all the 15 elephants were safe and sound, according to the headquarters in charge of monitoring their migration.

The herd traveled about 500 km from their forest home in the Xishuangbanna Dai Autonomous Prefecture before reaching Kunming late on June 2.