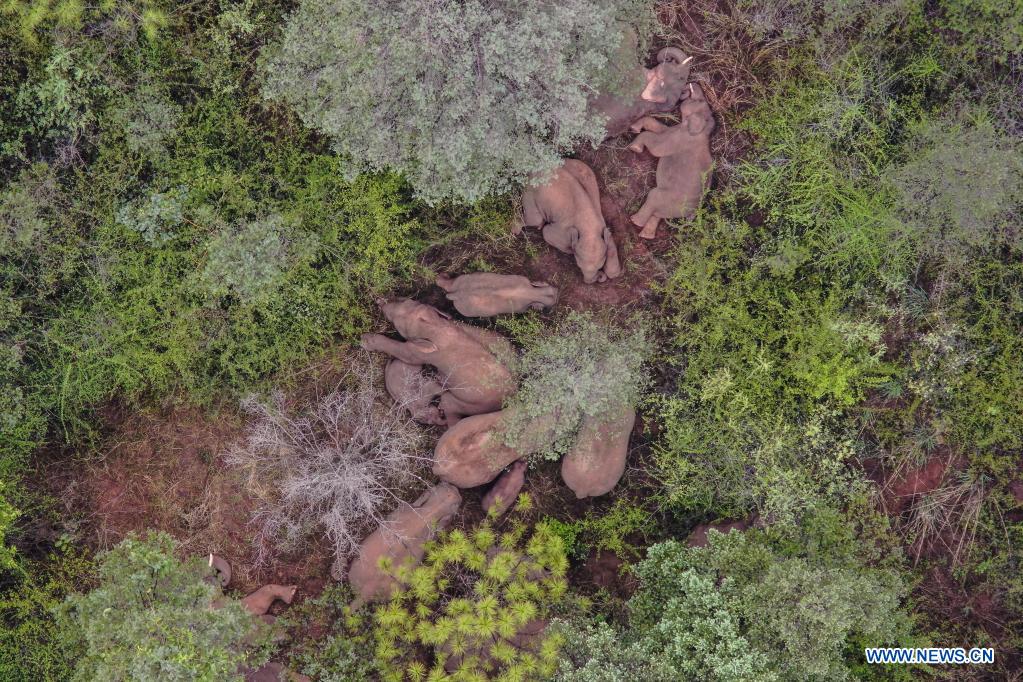 A male elephant, which strayed 11 days ago, is about 19.7 km away from the herd now. All 15 elephants, however, are safe and sound, according to the headquarters in charge of monitoring their migration.

The animals have been actively moving, complicating the efforts to guide and monitor them and take safety precautions.

The headquarters have done studies related to the compensation of losses caused by the elephants and have continued to organize experts to work out plans to guide their migration.

The herd traveled about 500 km from their forest home in the Xishuangbanna Dai Autonomous Prefecture before reaching Kunming, the provincial capital, late on June 2.

Asian elephants are primarily found in Yunnan and are under A-level state protection in China. Thanks to enhanced protection efforts, the wild elephant population in the province has grown to about 300, up from 193 in the 1980s.