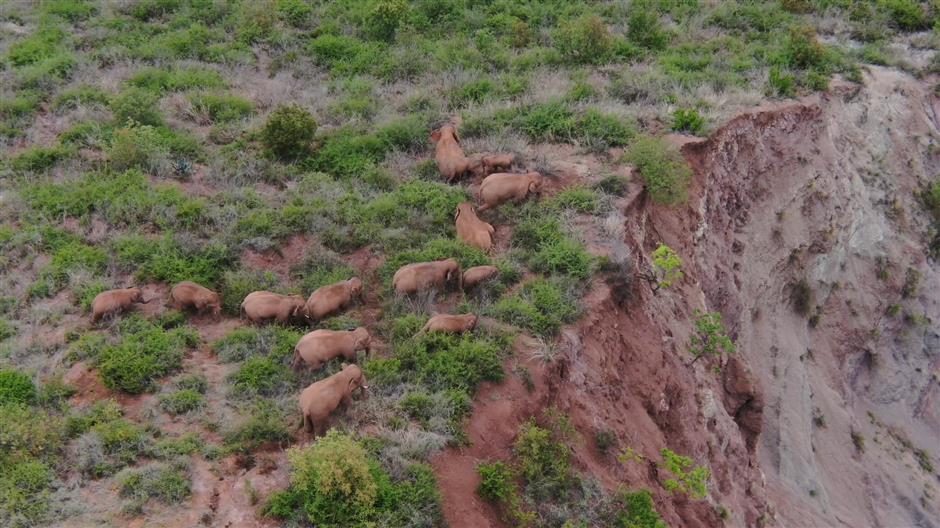 The herd of elephants is seen in Eshan County in Yunan Province on June 18, 2021. (Photo: Xinhua)

China's famous herd of wandering elephants has shown a trend of returning south after their northward trek of some 500 km in southwest China's Yunnan Province, an expert said.

The herd entered Eshan County in the city of Yuxi at 9:48pm on Thursday. They traveled 13.5 km northwest, according to the headquarters in charge of monitoring their migration.

A male elephant, which strayed 13 days ago, is about 24.7 km away from the herd now. All 15 elephants are safe.

Shen Qingzhong, an expert with the headquarters, said despite a preliminary study suggesting a returning trend, the herd's specific routes are still to be determined after further research.

The elephants traveled about 500 km from their forest home in the Xishuangbanna Dai Autonomous Prefecture before reaching Kunming, the provincial capital, late on June 2.