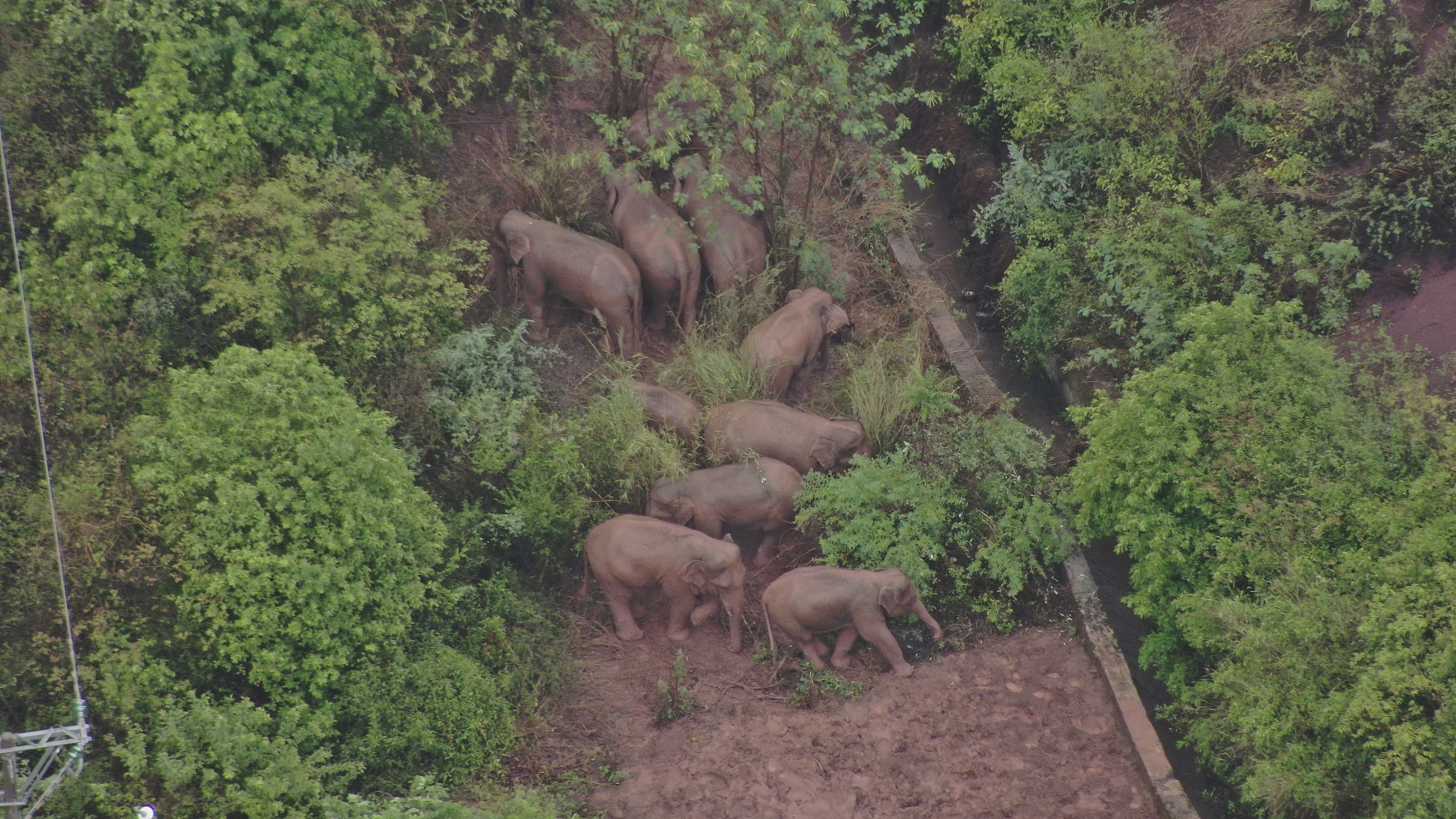 The herd headed 15 km south between 6 p.m. on Tuesday and the same time on Wednesday.

The rainy weather in Eshan has added to the difficulty of monitoring and tracking the herd, according to the headquarters in charge of monitoring the elephants' migration.

A male elephant, which strayed 18 days ago, is now 32.5 km away in Jinning District in Kunming, the provincial capital.

On Wednesday, a total of 132 people were mobilized for the work, 957 local residents were evacuated, and 400 kg of food was provided to the elephants.