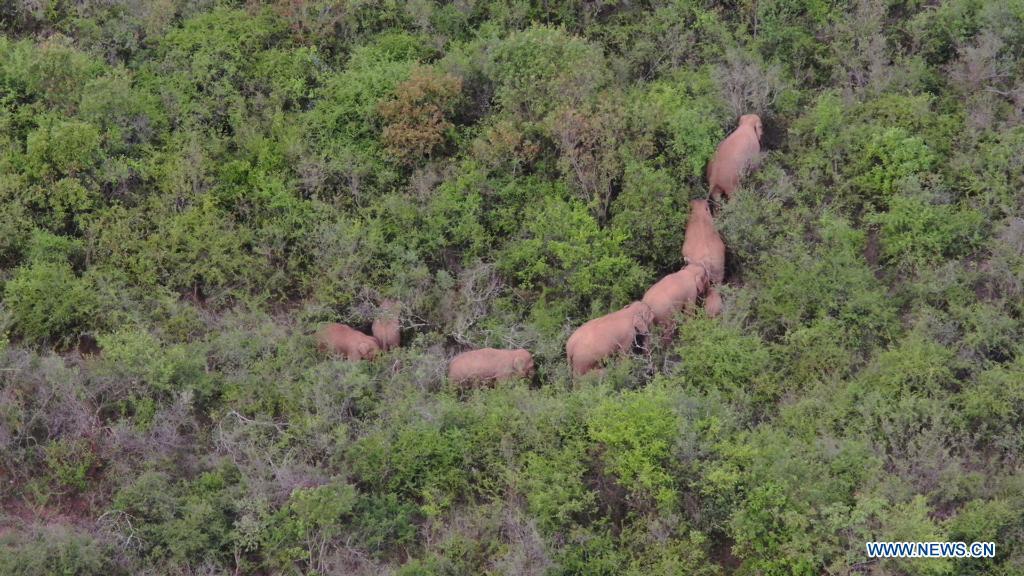 They traveled 3 km south between 6 p.m. on Thursday and the same time on Friday. This is the fourth day they have been moving southward, according to the headquarters in charge of monitoring the elephants' migration.

A male elephant, which strayed 20 days ago, is now 44 km away in Jinning District in Kunming, the provincial capital.

On Friday, 301 people were mobilized for the work, 3,112 residents were evacuated, and 2 tonnes of food and 3 kg of salt were provided to the elephants.