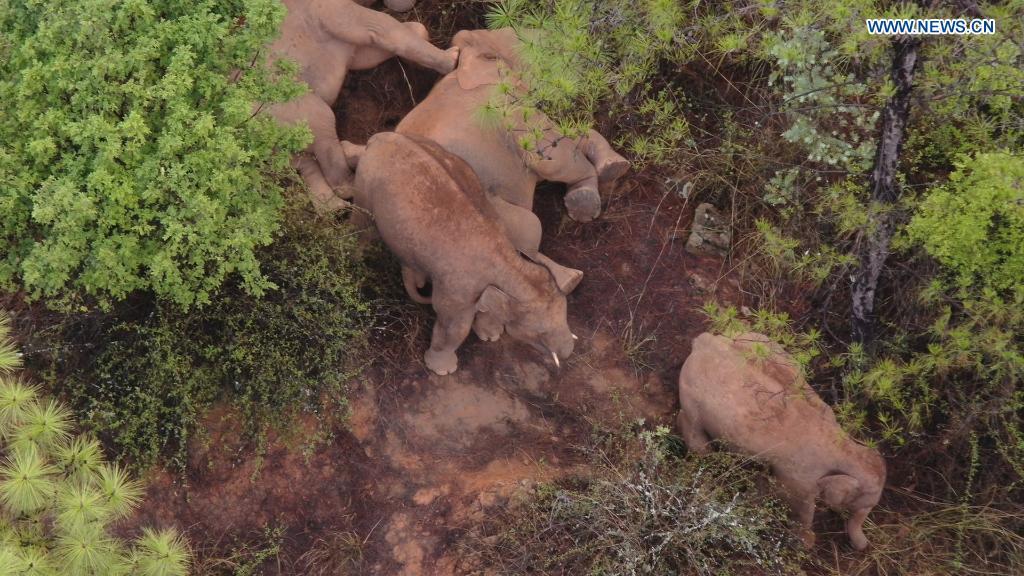 KUNMING, June 12 (Xinhua) -- The wandering herd of wild Asian elephants that has caught global attention is lingering in the Shijie Township in the city of Yuxi, southwest China's Yunnan Province, authorities said Saturday.

A male elephant, which broke free from the herd seven days ago, is now about 14.3 km away in Kunming's Jinning District, after leaving Anning, a county-level city under the jurisdiction of the provincial capital Kunming at 5:40 p.m. on Friday.

All the elephants are safe and sound, according to the headquarters in charge of monitoring their migration.

Continuous rainfall is complicating efforts to monitor the elephants and take safety precautions. Authorities have dispatched emergency staff, vehicles and drones to help evacuate and protect local residents, while ensuring the safety of the elephants. They fed 2 tonnes of food to the animals on Saturday.