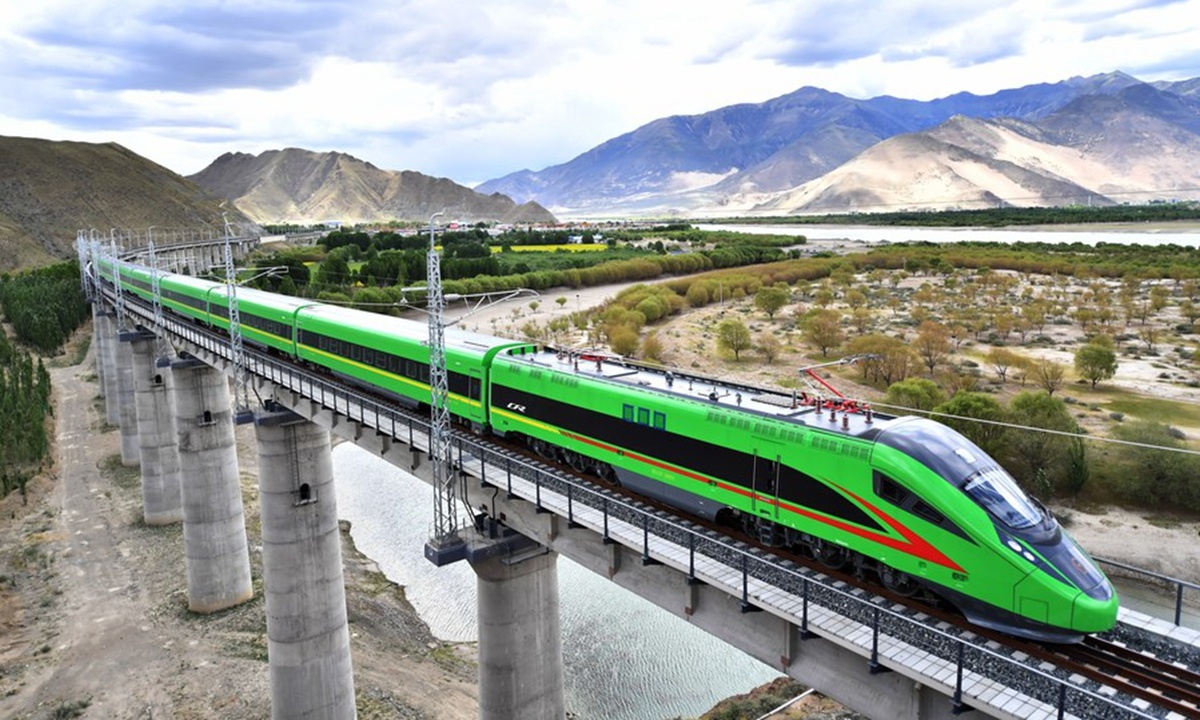 The test run also marks the first time for Fuxing's most frost-resistant model to be involved in real world testing on the Mudanjiang-Jiamusi high-speed railway, according to media reports.

A series of joint tests have been conducted for the Mudanjiang-Jiamusi high-speed railway in preparation for launching the railway's test operation since June 10, local news portal hljnews.cn reported on Sunday.

The CR400BF-G train, the most frost-resistant member of the Fuxing family, has been specifically designed to operate in ultra-cold climates. The train can run with a speed of up 350 kilometers (km) per hour in an extremely cold environment of -40 degrees Celsius.

Meanwhile, the CR400BF-G train is also equipped with CTCS-300H and CTCS-300S vehicle-mounted equipment this time, which passed the compatibility test to ensure the safe operation of different trains on the high-speed railway.

The Mudanjiang-Jiamusi high-speed railway will be re-designated into an operational test stage after the joint tests are concluded, laying the foundation for the line to enter formal operation. .

The 371.6 km rail line is a major project on China's medium- and long-term rail development blueprint with a designated speed of 250 km per hour, with construction beginning in 2016. It is officially scheduled to open to traffic in February, 2022.