The aircraft carrier Liaoning of the Chinese People's Liberation Army (PLA) Navy, featuring a record number of Type 055 10,000 ton-class large destroyers as its escorts, reportedly sailed across the Miyako Strait and entered the West Pacific for routine exercises on Friday, the same day that Japan broke away from its defense-only postwar principle and announced plans to equip itself with first attack-capable missiles, allowing itself to hit China. 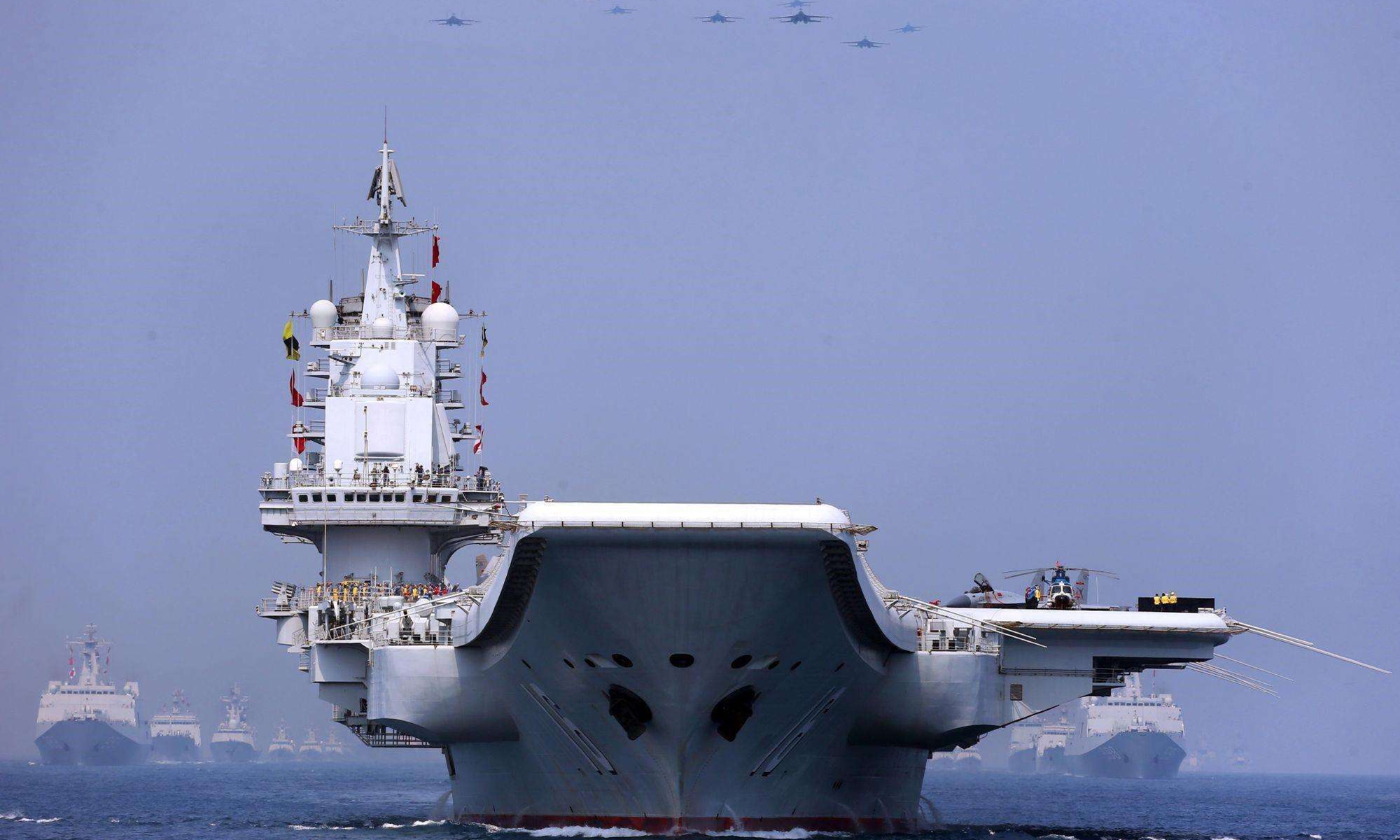 The picture shows the aircraft carrier Liaoning (Hull 16) and other vessels and fighter jets in the maritime parade conducted by the Chinese People's Liberation Army (PLA) Navy in the South China Sea on the morning of April 12, 2018. Photo: China Military

As the most powerful Liaoning aircraft carrier group yet, the PLA flotilla is expected to host a number of realistic combat-oriented exercises beyond the first island chain, enhancing its capabilities in safeguarding national sovereignty, territorial integrity and development interests, military experts said.
Japan's Maritime Self-Defense Force spotted a PLA Navy flotilla consisting of the aircraft carrier Liaoning, the Type 055 large destroyers Anshan and Wuxi, the Type 052D destroyer Chengdu, the Type 054A frigate Zaozhuang and the Type 901 comprehensive replenishment ship Hulunhu sailing from the East China Sea through the Miyako Strait into the West Pacific from Thursday to Friday, Japan's Ministry of Defense Joint Staff said in a press release on Friday.
Before this, from Monday to Thursday, Japan also reported that the Type 055 large destroyer Lhasa, the Type 052D destroyer Kaifeng and the Type 903A replenishment ship Taihu have sailed from the East China Sea through the Osumi Strait into the West Pacific, and that a PLA Navy electronic reconnaissance vessel with hull number 796 and the Sovremenny-class destroyer Taizhou has sailed from the East China Sea through the Miyako Strait into the West Pacific.
It is not known if all of the above-mentioned vessels are actually parts of the carrier group, but the record-breaking number of 10,000 ton-class Type 055 large destroyers could mean that this is the most powerful configuration of the Liaoning carrier group yet, observers said. Previously, there had only been one Type 055 featured in the group, and this time it is up to three.
The Liaoning aircraft carrier group is apparently on a routine training exercise, in which vessels within the group will practice coordinated moves and joint operations, and carrier-based fighter jets will practice takeoffs and landings, Song Zhongping, a Chinese military expert and TV commentator, told the Global Times on Friday.
Song said that Type 055 large destroyers are the best escorts of Chinese aircraft carriers, and it is also possible that the Liaoning carrier group also has nuclear-powered submarines in it.
Drills like this have already become normal and regular, Song said.
In May this year, the Liaoning aircraft carrier group held a far sea exercise in the West Pacific, to the east of the island of Taiwan and south of Japan. With over 300 aircraft sorties in some 20 days, the mission marked the longest and most sortie-intensive exercise by the Chinese carrier in the region.
Friday, the day when the Liaoning carrier group sailed through the Miyako Strait, also happens to be the day when Japan adopted a national security strategy declaring plans to possess preemptive strike capability and cruise missiles within years to give itself a more offensive footing against "threats" from China, AP reported on the day, calling the move a major break from its strictly self-defense-only postwar principle.
Facing Japan's continued attempts to revise its defense strategies and expand its armed forces, the PLA needs to enhance its combat readiness to deal with possible emergencies, Song said.
"Our exercises are not aimed at any third party, but if a third party poses threats to China, then it must feel the exercises are targeting it," Song said.
The PLA will resolutely safeguard China's sovereignty and territorial integrity, and stop other countries from interfering in the Taiwan question, Song said.